EU "to use Syria fund money to keep migrants in Serbia"

The EurActiv website is reporting that EU's Syria trust fund money will also be used to "keep" refugees in Serbia and Macedonia. 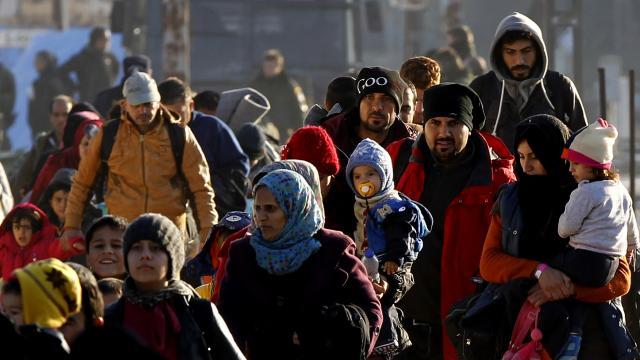 The fund, set up in 2014, is used "to help Syrian refugees and overstretched host communities in Lebanon, Turkey, Jordan and Iraq," noted the report.

Quoting an unnamed EU official who "briefed the Brussels press ahead of the Supporting Syria and the Region conference in London on February 4," the publication said he confirmed that a part of the money will be used "to help keep in place the migrants who made it to Macedonia and Serbia."

“The fund has a total firepower of EUR 650 million, and money is used to finance the resilience of the refugees, meaning keeping them where they are, mainly in Jordan and Lebanon. But we will start operating also in the Western Balkans, for those refugees that made it to FYROM (Former Yugoslav Republic of Macedonia) and to Serbia for instance”, the official has been quoted as saying.

The website added this was "the first time that an EU official has spoken about 'keeping refugees where they are,' referring to Macedonia and Serbia," but noted that "these countries do not want to become a buffer zone, and moreover, most of the migrants have no intention of settling there, instead usually trying to cross these countries as fast as they can, on their way to wealthier countries such as Austria and Germany."

EurActiv also reported that European Commission President Jean-Claude Juncker last fall "called a Western Balkan mini-summit with the aim of slowing down the flux of refugees along the Balkan route through Macedonia and Serbia," with the final communique saying Greece would "increase to 30,000 by the end of 2016 the number of places it hosts," and that "a further 20,000 people should be sheltered in private accommodation in Greece, while another 50,000 places should be available in countries further north."

"The names of the countries are not mentioned," the report noted.

According to the article, the EU will pledge about EUR 2.2 billion at the upcoming conference, while "the 2016 UN inter-agency appeals for the Syria crisis are an estimated USD 7.73 billion."