Deputy PM tells Rogozin to "take care of his own state"

Zorans Mihajlovic has told Russian Deputy Prime Minister Dmitry Rogozin he should "take care of his own state." 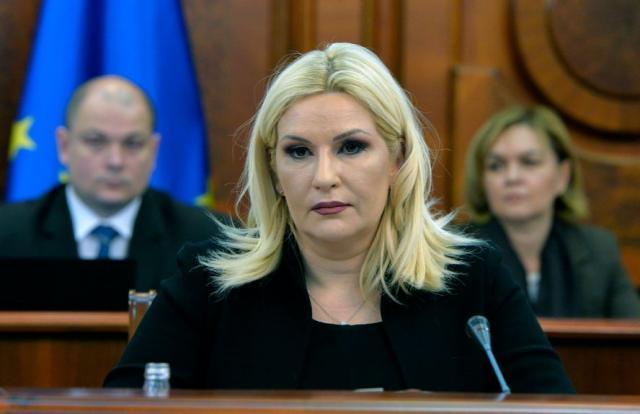 Mihajlovic, who is one of deputy prime ministers in the Serbian government and also holds the construction, infrastructure, and transport portfolio, in this way reacted to Rogozin's warning that Serbia might someday face the same situation as Germany, where migrants sexually assaulted women during New Year's celebrations.

"Can the scenario that Rogozin is reminding of or predicting happen in Serbia? I think he should to take care of his own state, and we'll take care of ours," said she.

Asked to comment on Rogozin's meeting in Belgrade with the leader of SRS party Vojislav Seselj, Mihajlovic said that "everybody is free to go to visit whomever and wherever in Serbia."

"As for Seselj's policy, I think that nobody in Serbia needs to be reminded of what it is, that is, that it is a policy of conflict, regression and opposition to the EU, and a policy against an organized system, which is contrary to the policy pursued by the government and the policy the SNS stands for, " Mihajlovic said.

She said that the government "stands above all for Serbia" and that the path towards the European Union was "not for the sake of the EU itself, but for reaching European and world standards."

The deputy prime minister added that Serbia considers "political and economic relations with Russia important" - and especially in her portfolio, something that is "primarily related to the realization of the Russian loan for the modernization of Serbian Railways and the implementation of the signed memorandum for the construction of a new dispatcher center for modern trains which Serbia will have."