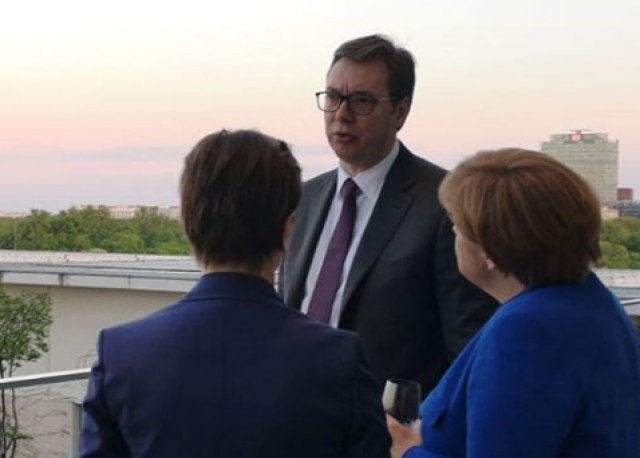 Responding to question from journalists after the summit ended in Berlin, Vucic said that Angela Merkel's and Emmanuel Macron's engagement was very important and showed their determination to preserve peace in the Western Balkans, as by that they also preserve peace in Europe.