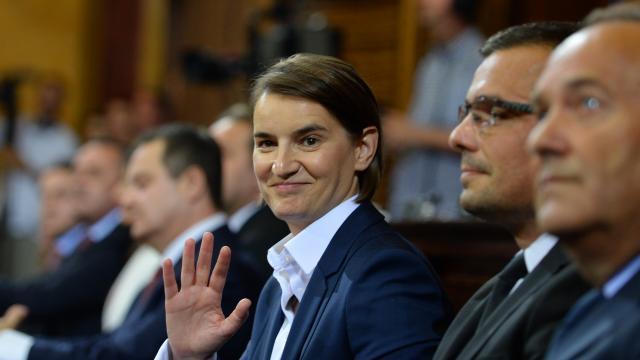 212 out of 250 deputies were in attendance. There were no abstentions.

The new government needed at least 126 votes to be elected.

A little after 20:00 hours CET the new prime minister and her cabinet took the oath of office, in the presence of mostly members of the ruling majority, and guests.

The text of the oath reads as follows:

After the ceremony, the Serbian national anthem was played, while members of the Guard unit of the Serbian Army were lined up at the entrance to the Assembly.