Clearly the citizens of Serbia are not welcomed in Montenegro, no reciprocal measures

Prime Minister Ana Brnabic stated that Serbia will not close its borders for Montenegrin citizens, as Podgorica did for the citizens of Serbia 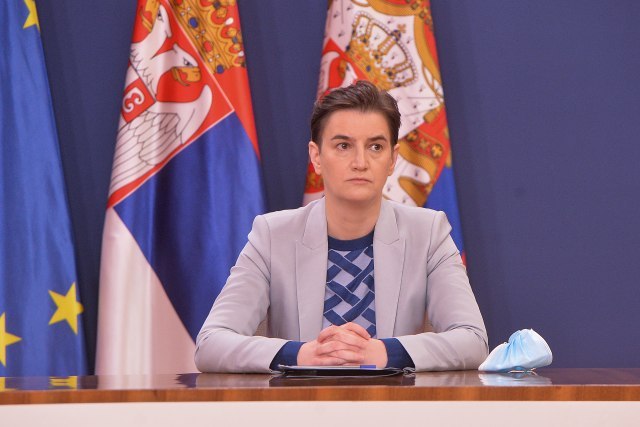 However, she added that the Serbian border will be closed for Montenegrin mobsters and criminal clans.

According to the Prime Minister, Serbia will not introduce reciprocal measures, but she pointed out that our citizens should not go where they are not wanted.

She said that our citizens could now see that they are not welcomed in Montenegro, because, as she pointed out, we did not lie that people were dying from the flu and pneumonia, instead from the coronavirus.

"We will continue to act responsibly, and tell the truth," the Prime Minister said, although, as she added, the reason for Montenegro's decision to reopen borders for a number of countries, but not for Serbia, is not based on the facts pertaining to the coronavirus epidemic and the number of infected.

However, Serbia will not respond with reciprocal measures towards Montenegrin citizens.

"We will not prevent Montenegrin citizens from entering Serbia, but we won't allow the criminals and mafia clans from Montenegro to enter Serbia," Brnabic said.

She pointed out that we will show no mercy in the fight against criminals.

"This attitude of the Montenegrin Prime Minister sent a clear message to the citizens. I would ask Serbian citizens to stay in Serbia instead of going to the country where the Serbs are unwelcome," Serbian Prime Minister concluded.