Early parliamentary elections "either in June, or next year"

Serbian President and ruling SNS leader Aleksandar Vucic says no final decision has been made on holding parliamentary elections. 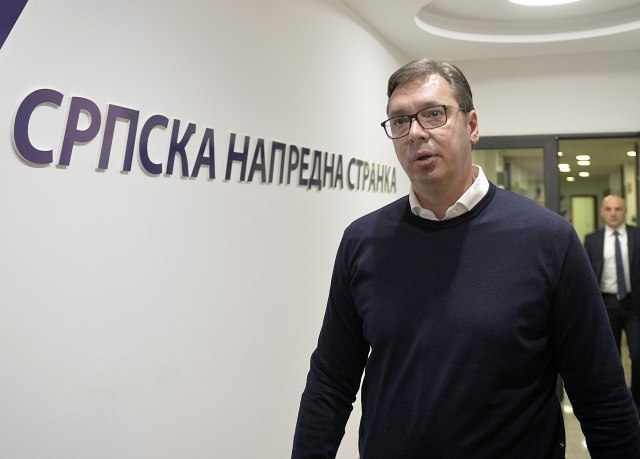 Elections will take place either in June, or in the spring of 2020, Vucic announced late on Monday, after a meeting of his party's presidency.

He said that the final decision had not been made yesterday - "but we are closer to calling them than before."

"The SNS presidency was in favor, with with one abstention - mine," Vucic said.

He announced that the SNS will start internal elections on September 1, which will be completed before the end of the year.

Vucic also received unanimous support from the party's presidency "not to enter into talks with leaders of (opposition) Alliance for Serbia Djilas, Jeremic and Obradovic."

"The decent Serbia will not have violence," Vucic said.

The SNS must be the most responsible, he said he told the party's top officials.

"We must not enter into grinding stone of political violence, into which our political opponents along with fascist Bosko Obradovic are trying to pull us," Vucic said.

"I will not accept any of their requests. What remains if for them to kill me. What is the third solution? There is no third option," he said.

Vucic announced that he will be in Belgrade on the April 19, continuing "The Future of Serbia" campaign, and then go to Cacak.

He reiterated that he would "not allow violence" and said it was "unheard of anywhere in the world is what fascist Obradovic and tycoons Djilas and Jeremic are announcing, including blockades, preventing city officials from going to work, and the like."