Vučić: "The aircraft engine was not malfunctioned" VIDEO

President of Serbia, Aleksandar Vučić, expressed his condolences to the families of the pilots who died in the crash of the MiG-21 military aircraft 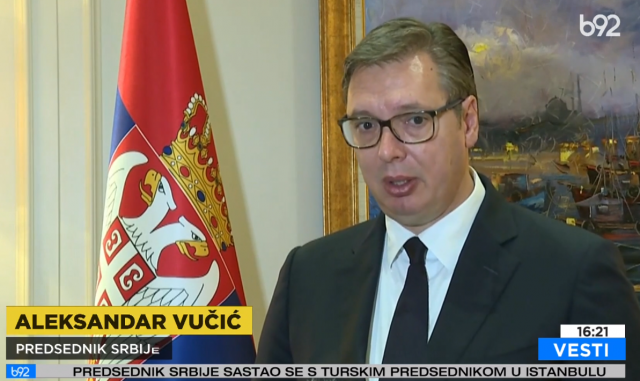 "It is not a question of the engine and plane malfunctioning" he said, adding that a special commission would deal with it.

"I was hoping for better news. I would like to express my condolences. These are terrible things for us, very difficult. The army and the police are difficult, responsible jobs," Vucic said, adding that the commissions that will be formed in the coming period will determine the causes of the plane crash.

Upon hearing the criticism that these are planes that have been overhauled in Russia, Vučić noted that there are always people who, no matter what happens, will speak the worst about the country, that they can achieve some political benefit for themselves, but that it speaks best about them.

The planes were in no way connected with the overhaul in Russia, Vučić said, adding that it was an old plane, which is used for training.

As he said, the MiG-21 is an old plane, but it is the main plane in the Croatian army.

"The biggest loss here is in people\'s lives," he said, adding that we have 10 MiG-29 that are more modern, and that the one that fell was part of the training process.

Just to reiterate, it was confirmed that both pilots from the MIG-21 plane died this morning when their plane crashed in the region of Brasina, near Mali Zvornik.