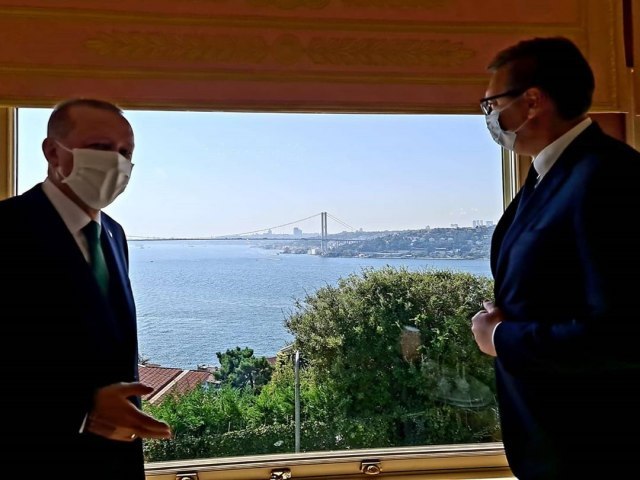 Vučić and Erdogan are talking tête-à-tête, and the working lunch started shortly after 1:30 p.m.

On the eve of the meeting with Erdogan, Vučić stated that it is important for Serbia to have excellent relations and communication with Turkey, because it is one of the most important powers in the world.

The topics of the meeting, as he announced, will be all "burning issues", as well as economic topics. He specified that he would ask his Turkish colleague for support for one industrial zone in Serbia, since there are Turkish companies interested in developing it, but the support of the President of Turkey is also needed.

In addition to these, the topics will be relations in the Mediterranean, but also the agreement signed in Washington.

"We see each other often and it is important for Serbia to have good, excellent communication with Turkey. It is one of the most important regional powers in the world, but also one of the powers that is increasingly important in the world, with a huge demographic, economic, cultural and other potential", Vucic said earlier today.