Richard Grenell is coming to Belgrade

US President Special Envoy for the dialogue between Belgrade and Pristina, Richard Grenell, will arrive to Belgrade on Tuesday, September 22, the media report. 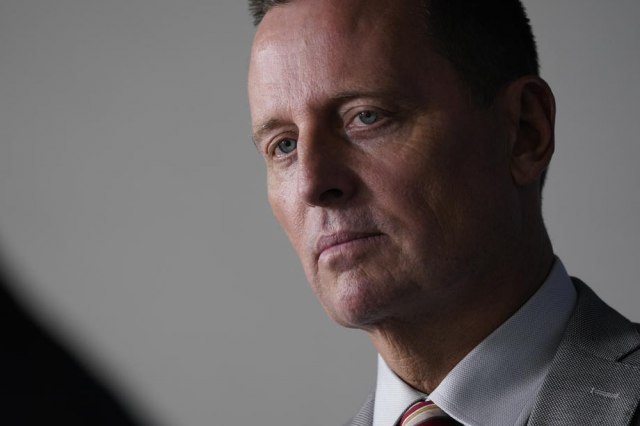 A US government delegation led by Adam Boler, executive director of the International Development Finance Corporation (DFC), will visit Athens, Pristina, Belgrade and Jerusalem until September 25 to promote economic cooperation and development, and will be joined by US President's Special Adviser Richard Grenell, Tanjug finds out.

The DFC will lay the groundwork for opening an office in Belgrade to facilitate the implementation of projects that will support economic growth in the region, according to a DFC statement delivered to Tanjug from the US Embassy in Belgrade.

It is recalled that DFC and EXIM recently signed Letters of Interest (LOIs) with Belgrade and Pristina to help finance important projects identified by the September 4 agreements in Washington.

The delegation will also include Deputy Administrator of the United States Agency for International Development (USAID) Bonnie Glick, President and Export-Import Bank of the United States (EXIM) Kimberly Reed and other senior government officials from the US Department of Energy and Trade.

The delegation will hold meetings with senior government officials and private sector leaders.

They remind that the delegation's trip comes after the historic agreement between Israel, the UAE and Bahrain and the agreement on the economic normalization of relations between Belgrade and Pristina.

The DFC closely cooperates with USAID, EXIM, and other government agencies to promote development and advance U.S. foreign policy through its funding tools.

The delegation will advance strategic investments that support stock diversification and strengthen energy independence in Greece and the wider region.

The delegation will also assess opportunities to expand investment in the region to boost stability and economic co-operation in the Middle East, the statement added.