Why Miroslav Lajcák is the wrong choice for EU envoy 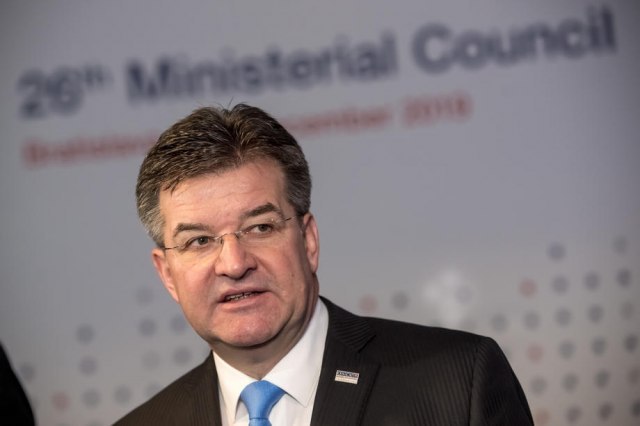 Senior associates of the Council for Democratization Policy in Berlin and Brussels among the number of reasons they have cited, the first was to point out that Lajcak comes from a country that does not recognize the independence of a so-called Kosovo.

Weber and Vogel in an article entitled "Why Miroslav Lajcak is the wrong choice for EU Envoy?", assess that on the surface, Lajcák may seem to have the requisite qualifications for that job, as he speaks Serbian and served twice in the Balkans: first, as EU envoy to supervise Montenegro's referendum on independence from the state union with Serbia, in 2006, and then as the EU's special representative in Bosnia and Herzegovina, in 2007-09, simultaneously serving as the international community's high representative. So, he knows how to 'navigate' the Brussels bureaucracy.

"Despite these apparent qualifications, however, Lajcák is the wrong man for a number of reasons", Vogel and Weber assess.

They point out as the main reason the fact that Slovakia is one of just five EU member states that do not recognize Kosovo's independence from Serbia, as well as Spain, whose former foreign minister, Josep Borrell, became EU foreign policy chief in December.

In this way, the two senior EU diplomats dealing with Kosovo would both come from the small minority of member states that do not recognize Kosovo – and oversee talks whose declared end point should be - Serbia's recognition of Kosovo's independence.

They assess that this would send a strong signal that the EU is taking sides.

It would also prop up Serbia's Aleksandar Vučić, ahead of early elections in April, who they regard as becoming 'increasingly authoritarian president'.

As the second reason, they claim that Lajcak has "a history of political failure in the Balkans".

As the EU's special representative (and the international community's high representative) in BiH, he got embroiled in a serious political confrontation with Bosnian Serb strongman Milorad Dodik.

They claim that with "demonstrating serious miscalculations and limited political skills, the conflict ended in Lajcák's humiliating retreat", and he earned reputation of "being weak on Dodik and having a pro-Serb bias".

As the third reason against his appointment, Vogel and Weber note that 'Lajcák has a track record of putting personal and professional ambitions above the mission'.

"He abruptly abandoned his post in Sarajevo after a year and a half in the job – explaining that he could not decline an offer made by Robert Fico, then Slovakia's Prime Minister, to head his country's diplomacy – only to undercut his successor in Sarajevo in subsequent years", they say.

Vogel and Weber add, refering to the multiple unnamed sources, that "Lajcák himself requested a much broader portfolio than just the Kosovo-Serbia negotiations, despite knowing very well that this in itself is a full-time job".

As a final argument, they had noted that Lajcak remained in post as Slovak Prime Minister Fico had to resign in the fallout from the murder of investigative journalist Jan Kuciak.

"In a region struggling with attacks on the media by powerful officials, not least in Serbia, Lajčák's appointment would send exactly the wrong message, providing another illustration of what Balkan citizens see as a pattern of EU officials 'failing up'", they concluded.

They suggest that the future envoy should first and foremost come from a country that recognizes Kosovo.