Russia's Ambassador to the United Nations Vitaly Churkin suddenly passed away in New York on Monday. 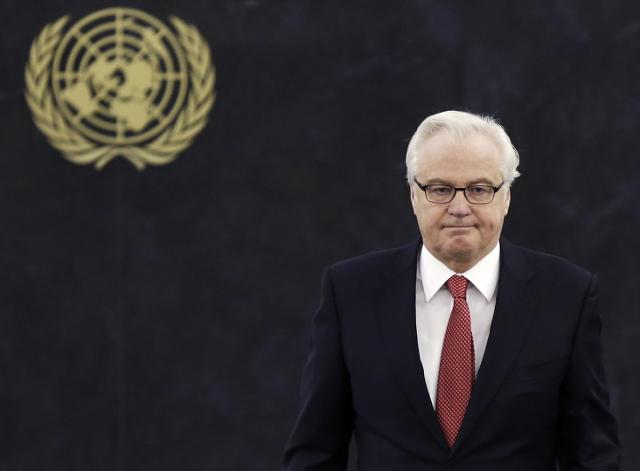 Many leaders and officials from around the world, including those from Serbia, have offered their condolences.

"He will remain in our lasting memory as an excellent defender of international law and a person of great renown, respected by all at the UN," Nikolic wrote.

The president offered his deepest condolences to Russian President Vladimir Putin, Foreign Minister Sergei Lavrov, and members of Churkin's family "over the great loss caused by the sudden death of a remarkable Russian diplomat and a great friend of Serbia and the Serbian people."

Prime Minister Aleksandar Vucic late on Monday sent a telegram of condolences to President Putin and Prime Minister Dmitry Medvedev on the occasion of Churkin's passing.

“I have received with great sadness the news that Ambassador Vitaly Churkin, Permanent Representative of the Russian Federation to the United Nations in New York, died in the workplace, while he was contributing with his great diplomatic skills to better understanding of the countries and peoples.

This is a great loss not only for his family and friends, but also for all those who had the opportunity to know him. I was personally honored by cordial cooperation with Ambassador Churkin, who was willing to share his vast diplomatic experience through sincere and wise advice.

"We were struck by the news of the sudden and untimely death of Russian Ambassador to the United Nations Vitaly Churkin.

Russia has lost its top diplomat and a great patriot, and Serbia lost a sincere friend and a colleague.

Ambassador Churkin was an accomplished diplomat and a true representative of the high school of Russian diplomacy.