Serbian Prime Minister Ana Brnabic says the situation with Croatia after an incident on Wednesday is becoming increasingly more bizarre. 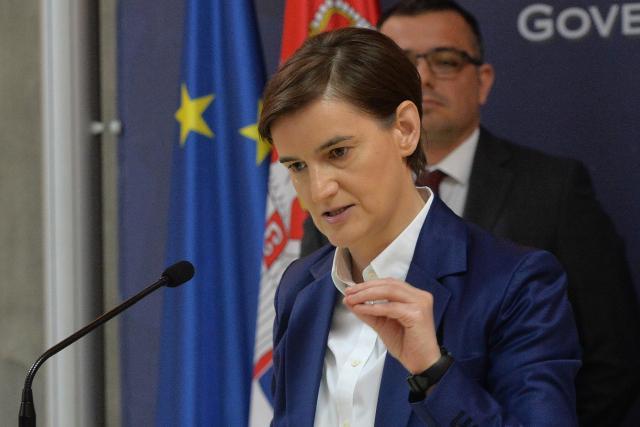 Brnabic on Friday added that she "does not know what more Serbia can do" - replying to reporters who asked her to comment on Croatia's continued insistence that Serbia should "clearly and unequivocally" condemn the behavior of Vojislav Seselj that had led to a Croatian delegation cutting short their visit.

Brnabic - who on Wednesday condemned the incident, during which the leader of the opposition SRS party said he trampled on the Croatian flag displayed at the entrance to the Assembly because of the visit - said she was open to conversation, and hoped the Croatian Assembly's delegation would visit Serbia again - and that her country was offering "every kind of hospitality."

"I am at their disposal to hold a meeting, to continue where we left off," the prime minister said.

On Thursday, Brnabic revealed that she attempted to have a telephone conversation with her Croatian counterpart Andrej Plenkovic, but that he "did not pick up."