The presidency of the Party of United Pensioners of Serbia (PUPS) has decided to leave the coalition with the Socialist Party of Serbia (SPS). 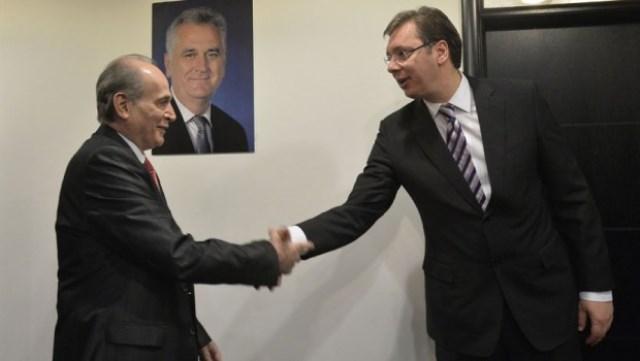 Instead, they will "try to sign a pre-election coalition agreement with the Serbian Progressives (SNS)," the party announced on Thursday.

SPS leader Ivica Dacic has been notified about this decision, the PUPS said, adding that if no agreement is reached with the SNS, they would go to the early election, expected to take place this spring, alone.

A PUPS statement said that they believe the best way to achieve the party's goals, "above all to protect the position of pensioners," will be to "directly harmonize our future activities with the political mission of Prime Minister Mr. Aleksandar Vucic."

The PUPS statement praised Vucic , the SNS leader for "the greatest dedication to our goals and paying the greatest attention to the needs of pensioners," and said they over the past two years "steadfastly supported Vucic's political efforts to save the country from bankruptcy, through which safety and regular payment of pensions were practically secured."

The SPS, the PUPS, and United Serbia (JS) signed their agreement ahead of the May 2008 elections and have been allied ever since.

Both the SNS and the SPS, and the parties that joined them in their respective pre-election coalitions, are members of the current Serbian government.

Reacting to this news, Ivica Dacic said on Thursday that "everyone has the right to decide how to go to elections," and added that the PUPS decision "will not weaken the SPS."

According to him, the Pensioners are yet to inform him of their decision, and the issue is yet to be discussed.

However, he noted that his party "cannot accept that someone has more on the (election) list than they do in reality."

"We will talk about the overall relations in the coming days," said Dacic told reporters.