"Petition against migrants in Cacak, same as filing one against Martians in Belgrade"

How many migrants Bosko Obradovic saw in Cacak, asked Minister Vulin, on the occasion of a petition launched by "Dveri" against the official migrant policy 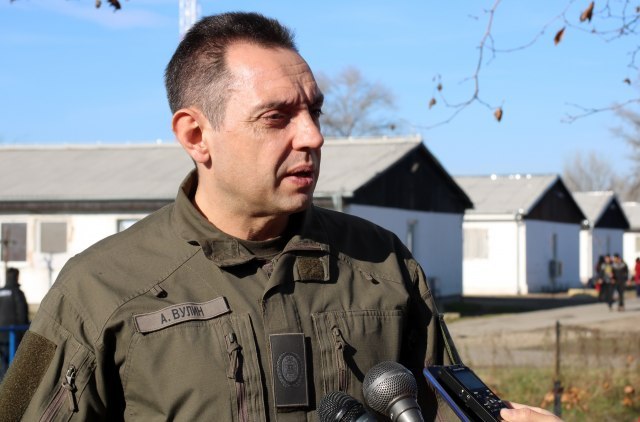 The minister told Pink TV that President of "Dveri", instead of praising the state and government for managing the migrant crisis, was trying to gain some cheap point on the misfortune of the immigrants.

Vulin said that more than a million people had passed through Serbia without any incidents, and that they were protected by citizens and that their daily lives were not endangered.

"He is petitioning in Cacak against migrants. How many migrants were in Cacak? Let them find a single migrant they saw in Cacak", Vulin said.

He added that migrants do not go there because they have no desire to stay there, as they will not live in Belgrade or any other city in Serbia, but plan to leave our country as soon as possible.

Vulin said that on spreading fear and hatred, one can always score points.

"You can find some intimidated man claiming that 'migrants are guilty of not having a job' or 'migrants will come to Cacak and they will take Cacak away from its citizens'. Afterwards, you tell people to defend Cacak. From whom do you defend Cacak? They never came to Cacak! Of them 400.000 you lied about coming to Serbia? Of the 400.000 you claimed already settled in southern Serbia", Vulin said.

He added that he is the head of the government's Task Force on the Consequences of the Migrant Crisis and that he has been addressing the problem since 2015, and that during that time, thanks to the President, the state has successfully and effectively dealt with the problem, he said, in the most efficient and successful manner in the whole of Europe, in the opinion of the whole of Europe.

Vulin stated that there were many, especially from the West, who believed that the migrant crisis would end up in a bloody epilogue in Serbia, as well as that the attention of the world media was directed towards us to show that we are disorganized, that we are afraid of foreigners, that we are people who hate other nations and that we will attack members of another religion.