A plane carrying U.S. Vice President Joseph Biden and members of his delegation landed at Belgrade's Nikola Tesla Airport at around 14:00 CET on Tuesday. 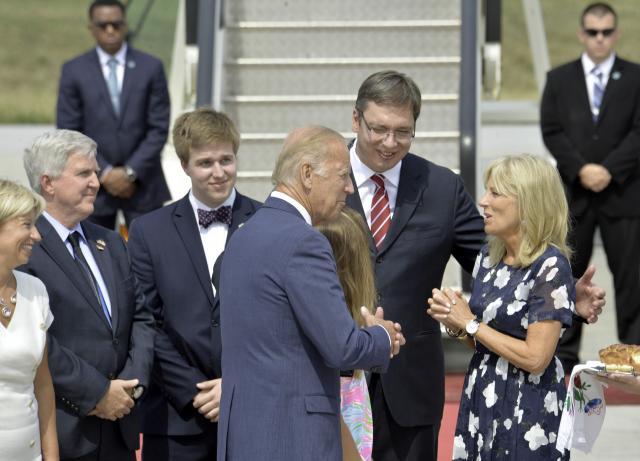 Although it was announced that Serbian First Deputy PM and Foreign Minister Ivica Dacic would be the first to welcome Biden, this was done by PM Aleksandar Vucic.

While in Belgrade, Biden will meet with Vucic, and with Serbian President Tomislav Nikolic.

Vucic arrived at the airport today together with U.S. Ambassador in Belgrade Kyle Scott.

Preparations for Biden's exit from the plane lasted more than ten minutes, with an official, most likely in charge of protocol, entering and leaving the aircraft several times before "all conditions had been fulfilled."

Biden's plane was late due to bad weather conditions in the Unites States.

When the high ranking U.S. official emerged from the plane, accompanied by his wife and granddaughter, he was welcomed by Vucic and Scott, and by a bread-and-salt welcome ceremony in which he was assisted by Vucic.