Aleksandar Vucic spoke on Wednesday with the prime minister of Bulgaria, Boyko Borisov, whom he thanked for Bulgaria's support to Serbia's EU path. 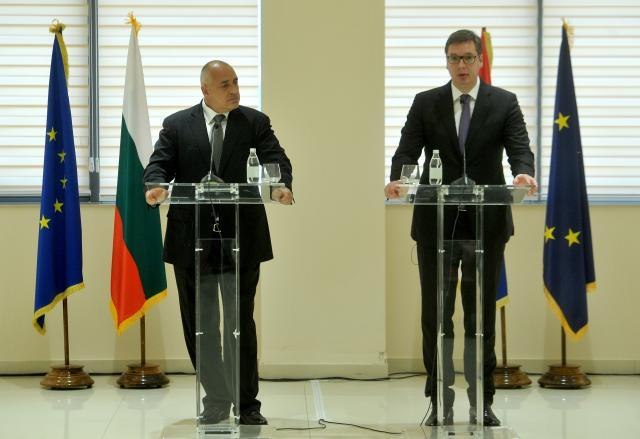 Borisov and Vucic are seen during a previous meeting (Tanjug, file)

The Serbian president expressed his satisfaction because the two countries are intensifying their cooperation, not only through bilateral relations, but also through the work of the High Council for Cooperation between Serbia, Bulgaria, Romania and Greece.

Vucic also said that our country will continue to contribute to the European agenda for connecting the region. Infrastructure and energy projects for connecting the two countries had a special place on the agenda of his conversation with Borisov, a statement said.

Vucic informed Borisov about the completion of the works on the southern section of Corridor 10, and announced that the last section of the highway through Grdelica Gorge will be open for traffic on Saturday.

The two officials discussed possibilities for diversifying gas supplies through the project the Balkan Stream gas pipeline project, which, according to Borisov, should bring together gas supplies from several directions.