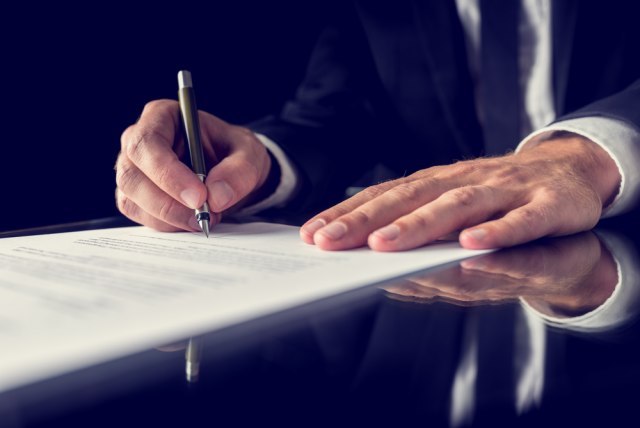 The legislation is named after a teenager abducted and murdered several years ago, and aims to introduce life sentence for those found guilty of committing the most serious crimes.

In her letter, addressed to Serbian Justice Minister Nela Kuburovic, the commissioner said Serbia should "reconsider introducing the sentence of life imprisonment without eligibility for conditional release for persons convicted of some of the gravest crimes."

Mijatovic "recalls that for a life sentence to be compatible with Article 3 of the European Convention on Human Rights, which is binding on Serbia, it must be reducible, or in other words there has to be a prospect of the prisoner’s release and the possibility of a review of the sentence," the CoE said in a statement.

Reacting to the letter, Aleksandar Martinovic, head of the ruling SNS group in the National Assembly - where the draft is currently debated - said it was "the pinnacle of hypocrisy, arrogance, and ignorance."

"The fact that criticism comes from a European institution doesn't prevent me from saying that it's the pinnacle of hypocrisy and arrogance, but also of ignorance. If you want to lecture somebody, you need to know more, and Dunja Mijatovic shows that she doesn't know either the European practice nor legislation, because she should bear in mind that the institute we are introducing already exists in the Netherlands, Great Britain, Germany, Slovenia...," Martinovic told a news conference held at the Assembly on Wednesday.

Martinovic added that Mijatovic is either knowingly or unknowingly deceiving the citizens when she says that there is no possibility of conditional release, because it will be allowed in legally prescribed cases.

"This is about the fact that some representatives of some European institutions are showing hypocrisy regarding Serbia for the umpteenth time," Martinovic said and asked Mijatovic whether she has sent similar letters to the governments of Germany and Britain.

He said that this was not the first time that double standards are applied towards Serbia and its citizens, and pointed out that this was a case of unprecedented hypocrisy and a dishonest and unfair attitude taken towards a state which, according to him, meets all international obligations and is firmly on the European path - although it sometimes sees no encouraging moves coming either from Brussels or from Strasbourg.

"But the state of Serbia will survive, whatever Dunja Mijatovic thinks about that," Martinovic said.

He added that many European officials did not say a word when Pristina imposed taxes on goods from Serbia, or about the fact that provisional institutions in Pristina are headed by proven war criminals - or about the constant provocations by Croatia.