FM says US ambassador should not meddle in Serbian affairs

The US ambassador in Belgrade should not meddle in Serbia's internal affairs - our ambassadors abroad don't do it, Foreign Minister Ivica Dacic said Thursday. 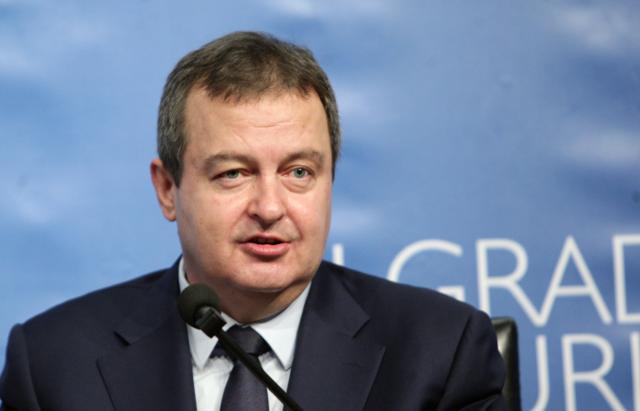 Dacic in this way commented on US Ambassador Kyle Scott's Twitter post about Serbian Defense Minister Aleksandar Vulin, who was recently described as "praising a convicted war criminal" - i.e., Yugoslav Army (VS) General Vladimir Lazarevic - in an AP report carried by the Washington Times.

FoNet is reporting that Dacic remarked that while Lazarevic has served his sentence, Ramush Haradinaj is "yet to serve his" - and Croatian General Ante Gotovina, who has been acquitted of war crimes, is "preparing to become Croatia's president."

The foreign minister, who is also Serbia's first deputy PM, was reacting to Scott's Twitter post on Wednesday, where he linked to the Washington Post article, and commented, "Unfortunately, months of work to improve Serbia's image in the US can be undermined with one statement."

Vulin himself reacted on Thursday, telling TV Pink that it was normal for a defense minister to stand with his general, and that nobody could call him a liar for his statements about NATO's 1999 bombing of Serbia, and about Lazarevic.

"What would that be like if I started tweeting, sharing, and liking about Ambassador Scott," Vulin asked.