"Serbia and China are always on same side" - Vucic

Prime minister and President-elect Aleksandar Vucic, who will start his visit to China on Saturday, says Serbia and China are "always on the same side." 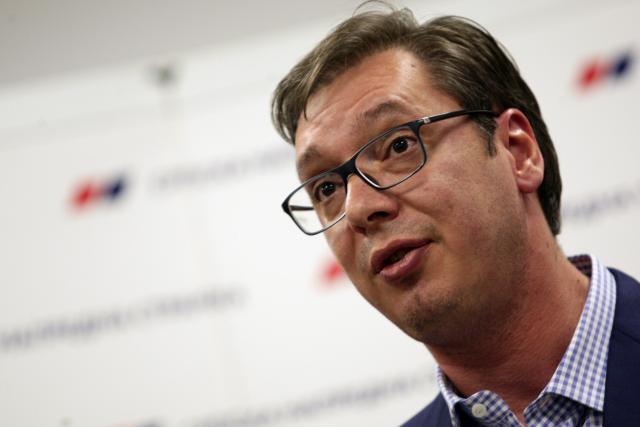 While in Beijing, Vucic will have a bilateral meeting with Chinese President Xi Jinping, and participate in the Forum for International Cooperation within the framework of the One Belt, One Road strategy.

He told Chinese state television CCTV ahead of the visit that China has always stood by Serbia - "including in the most difficult times, during 1999."

"We are very faithful, very loyal friends," the prime minister said and added that he hoped Serbia can continue to count on China's support and on continued cooperation.

Asked what he expected from the Forum, which will be held in Beijing on Sunday and Monday, Vucic said it was "what representatives of the two countries always spoke about."

"Connecting, networking, not only about our road and rail infrastructure, which is very important. It is about mutual cooperation of people, enterprises, about building new things, about well interconnected different civilizations. Without the huge role and the dedicated participation of China, we would not be able to succeed," said Vucic.

The conversation then turned to Serbia's sporting passion and successes, the country's tourist destinations, its cuisine, the beauty, strength and smarts of its women - and the height of its prime minister, which he revealed was 1.98 meters.

The Chinese reporter remarked that two Serbs are extremely popular in China: the late actor Bata Zivojinovic, and tennis star Novak Djokovic, and asked Vucic if he would help her get an interview with the latter.