"Ties with Russia in no way disturb EU bid" - PM

Prime Minister Ana Brnabic on Tuesday in Brussels spoke before the members of the European Parliament's Foreign Affairs Committee (AFET). 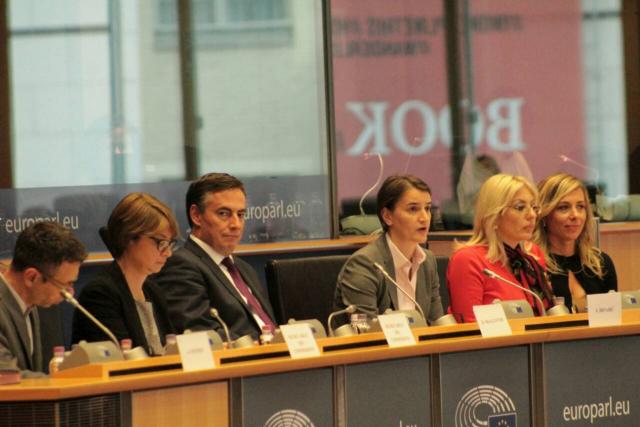 According to the Serbian government, she "conveyed the message of Serbia’s determination to move towards its strategic goal - joining the European Union."

Brnabic said Serbia wanted to become "an equal member that will support the Union rather than seek the benefits of the membership," and added that the country was "deeply committed to cooperation and stability in the region and the Berlin Process, while the strategic goal remains to be the EU membership."

Brnabic said she hoped that on October 14, after the end of negotiations with the International Monetary Fund (IMF), she will be able to announce the exact percentage of pension increase, as well as of salaries for public sector employees, the government said on its website.

Answering the questions of the members of the AFET, Brnabic pointed out that Pristina has not even started working on the establishment of the Community of Serb Municipalities in Kosovo in Metohija, which is the foundation of the Brussels Agreement.

Speaking about the relationship between Serbia and the Russian Federation, the she "pointed out that we have traditionally good cultural and religious relations, as well as a free trade agreement with Russia, on which we are dependent for gas imports."

Such a relationship with Russia in no way disturbs our integration into the EU or our strategic focus, Brnabic concluded.