Albanians won't compromise, Serbs are in favor of the frozen conflict in Kosovo, Vucic said, pointing out that he does not see a solution to the Kosovo problem. 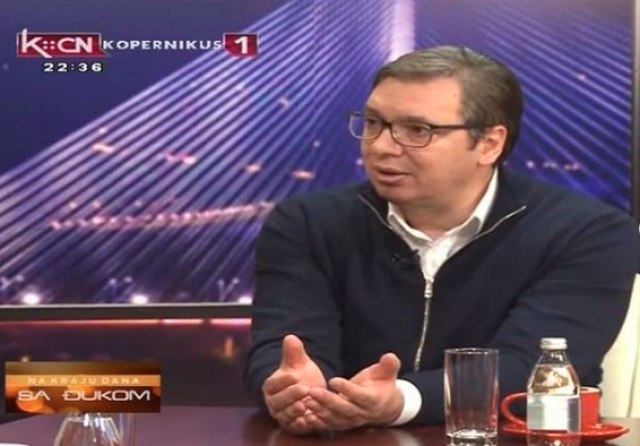 "At the moment, Albanians do not want a compromise at all. In Serbia, the people who are in favor of the agreement with them are in such a minority that it is impossible to propose anything," President of Serbia said on a guest appearance last night on TV Kopernikus.

President mentioned in an interview with TV Kopernikus, though in another context, that he had long and serious discussions with representatives of the EU, Germany and France on Monday, without disclosing the topic of the conversation.

"We maintained stability and peace, and everyone worldwide knew that we would guard it at all costs. It is important for us to be steadfast, and they know what the strength of Serbia is, so they will not attack Serbia," he said commenting on the constant threats towards Serbia, coming from the region.

We need to understand that justice does not exist, we were part of the process we were defeated in, and we paid a high price for that, Vucic said, commenting on double standards of the West implemented to our country.

"We participated in a conflict we got defeated in," Vucic concluded.