Vucic's video message: Dear citizens, as I promised you.... 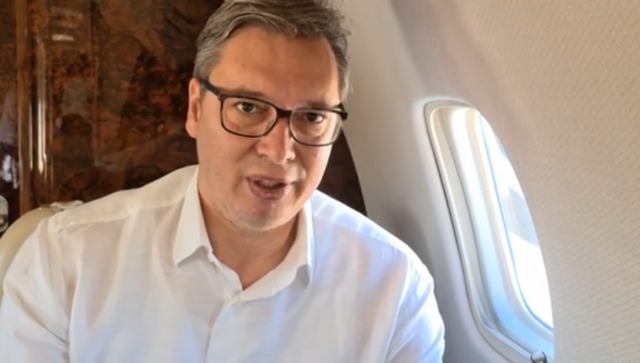 Vucic addressed the public from the plane, flying to Paris for a meeting with French President Emmanuel Macron.

"Dear citizens, I promised you that we will be able to protect peace and stability despite the criminal, hooligan violent attacks that we are all shocked by," Vucic said.

He stated in a video message that he was shocked because the City Hall in Novi Sad was not damaged even in the fascist attack in Novi Sad in 1941, but it was in last night's demonstrations.

"I am just asking all our people in Belgrade, Novi Sad and all other cities not to oppose the thugs, we will do that as a state," Vucic said.

Vucic added that Serbia would preserve peace, adding that surrender was never an option.

"I am now flying to Paris, to fight for our Serbia. See you soon, Serbia will win," he said.