Serbian President Tomislav Nikolic has told TASS that Russia has always positioned itself as "the defender of the Serbian people." 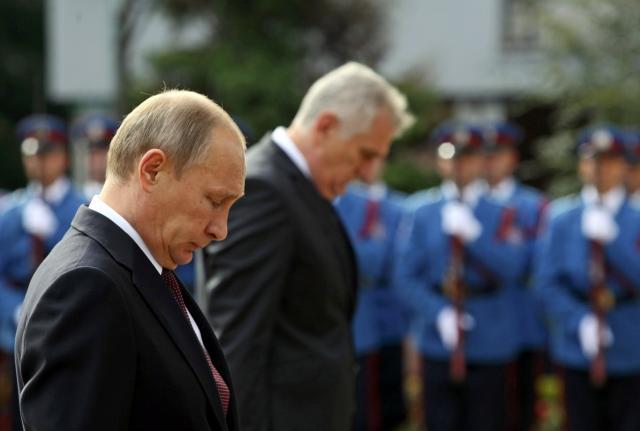 Nikolic' made this statement in Moscow on Wednesday, where he arrived for a two-day visit and meetings with Russian President Vladimir Putin and Patriarch Kirill.

"I have topics to talk about with Putin. The world situation is very complicated, while Serbia's position is difficult. I do not know what his feelings toward me are, I can say what I feel. I feel a completely open friendship, a friendship that goes to the point where I can reveal to him my secrets and problems and seek advice from him," Nikolic said.

He particularly stressed the relationship between the two nations.

"I think I can talk with President Putin the same way that any Serbian and Russian can. We know the history of our peoples and the relationships between them, of course, Russia has always positioned itself as the defender of the Serbian people and hence the love of Serbians towards Russians. Serbia suffered when it was not on the Russian side or when Russia was not strong enough, say, like in the time before Putin came to power," said Nikolic.

The Serbian president reiterated Belgrade's position of neutrality - but also expanded on it somewhat:

According to the paper, Russia is also "asking Belgrade to organize a referendum" on this issue.

Furthermore, said the article, quoted by Beta agency, diplomatic status will be sought for Russian personnel of the Russian-Serbian Humanitarian Center in southern Serbia.