Nikolic says he represents "an obstacle to some from West"

Serbian President Tomislav Nikolic says it is becoming clear that he represents an obstacle to "some from the West" to achieving their interests in Serbia. 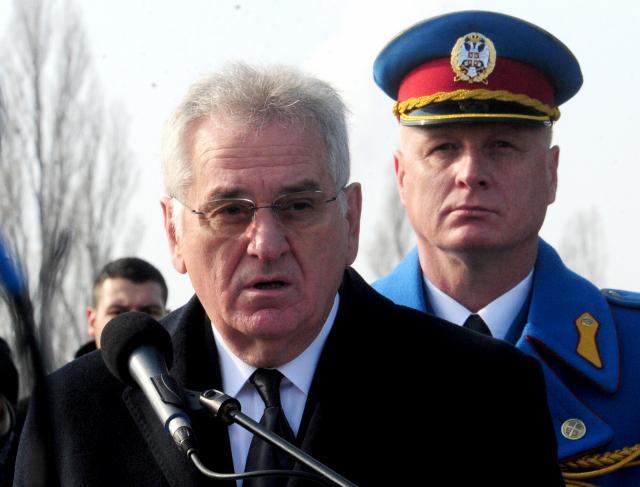 "According to media reports in Serbia, who are under the influence of, or owned by some from the West, it is becoming obvious that I'm in their way when they try to do everything they wish in Serbia," he told Thursday's edition of Belgrde-based Vecernje Novosti.

Nikolic also "expects more dirt to appear in the media next week," such as the claim that he is willing to trade his candidature in the presidential elections for the post of ambassador in Russia.

"Now I'm a political trader, I'm asking for an ambassadorial post, and the post of president of parliament president for my (son) Radomir - who isn't even a member of parliament. I expect more dirt of this kind next week. That's my life, fighting against injustice, fabrications, most gruesome lies all the time, alone against many," Nikolic said.

Nikolic and PM Aleksandar Vucic previously said that a decision on the candidate of the ruling SNS party in the presidential elections would be announced by February 15.

According to Vecernje Novosti, this will be done next week, while Blic said it would happen on Sunday - and would be "based on the latest polls - Nikolic will be supported (by the SNS) if surveys show he has 50 percent chance of winning in the second round."

Another Belgrade-based daily, Danas, on the other hand, writes that Nikolic could still run in this year's elections even if the SNS decides not to make him their candidate. Along with Vucic, Nikolic was the founder of the party and its leader until he was elected as Serbia's president.

Blic also cites "a source close to SNS leader Vucic" to say that early parliamentary elections would not be held along with the presidential vote, "but it's possible Vucic could run for president."