The steering team for the establishment of the Community of Serb Municipalities (ZSO) in Kosovo has been unveiled in Brussels on Thursday. 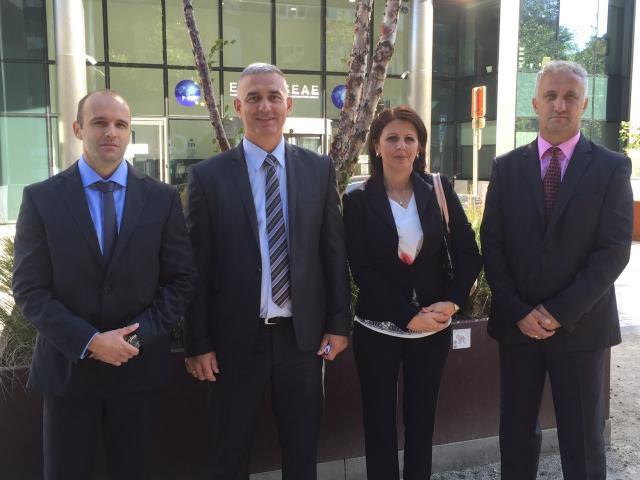 The process of forming the Community of Serb Municipalities has moved from a deadlock, Dejan Radojkovic said in Brussels on Thursday on behalf of the steering team.

"(Kosovo President) Mr. (Hashim) Thaci and Prime Minister (Isa) Mustafa decided that work on the Statute and the establishment of the Community of Serb Municipalities start urgently," Radojkovic told reporters.

The collective rights of Kosovo Serbs will thus be established fully and finally after all that has happened in the territory since 1999, he said.

The decision "will create the necessary prerequisites for a return of thousands and thousands of Serbs to Serb-majority municipalities and other places in Kosovo, as well as in Metohija, which was targeted by the most brutal ethnic cleansing during the war conflicts," he said.

"This process will change Kosovo forever and for the better, and things will never be the same," Radojkovic said, adding that the team's members came to Brussels "in order to introduce their interlocutors, including the international community, to the vision of a new, positive reality in Kosovo, that will be brought about with the establishment of the ZSO."

As a result, the Serbian language and the Cyrillic alphabet "will once again be normal" in the towns of Pec, Prizren, Djakovica, and Pristina, he said.

"While the Serb people in this way become fully equal in managing institutions and making decisions in Kosovo," Radojkovic concluded.

The team presented today was named last week by the authorities in Pristina and includes these members: Igor Kalamar, Dejan Radojkovic, Vinka Radisavljevic, and Svetislav Durlevic.

The technical dialogue between Belgrade and Pristina is continuing in Brussels at the same time.

The agenda will include the topics of cadastre, recognition of education degrees, freedom of movement and establishment of the Community.

Belgrade's delegation is headed by the director of the Serbian Government Office for Kosovo and Metohija, Marko Djuric, with Minister for Dialogue Edita Tahiri at the helm of the Pristina delegation.