Elections bring significant changes in citizen voting in post war Kosovo, as for the first time, former KLA fighters in power for 20 years have been pushed down 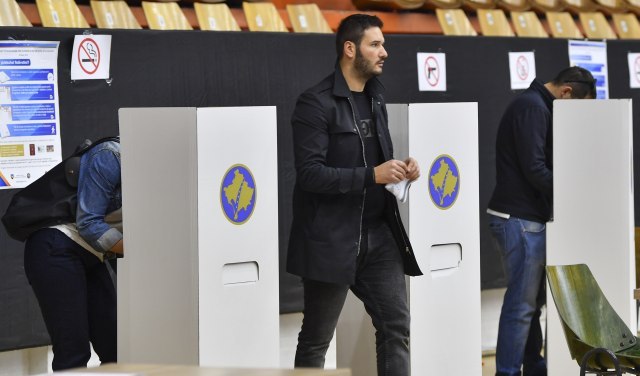 The New York Times states that, ever since Kosovo ended its war with Serbia two decades ago, its dominant political figures have all been men who rose to prominence as fighters and held onto power despite failing to secure the lasting peace and preceding over a floundering economy, as Radio Free Europe reports.

"But, in parliamentary elections on Sunday, a new generation of politicians offered them a serious challenge for the first time. Opposition parties gained ground, and the ruling party appeared to take a solid beating at the polls, according to Kosovo Election Commission projections", New York Times reports.

Agency AP also points to the fact that opposition managed to overcome former KLA freedom fighters who ruled the country for two decades, since the end of war.

As AP reports, two Kosovo opposition parties emerged as the top-vote getters in Sunday’s snap election of a new parliament held amid calls for leaders to resume dialogue with Serbia over normalizing ties.

The leader of Vetevendosje, Albin Kurti, is the nominee for prime minister's position and should form the ruling coalition, AP states, adding that it is not known how he will resolve the issue of negotiations with Serbia.

Agency France Press (AFP) states that the voters put two opposition parties ahead of the former guerrillas who have dominated politics for over a decade in power.

AFP states that the new Kosovo leaders will be faced with double challenge, not to disappoint local citizens, on the one hand, and to respond to the requests of the West that expects the resolve of the conflict with Serbia, which is one of the main sources of instability in Europe.

The West is watching closely to see if a change in power can re-energize talks between Kosovo and Serbia, who have yet to normalize ties two decades after they clashed in war.

Even before the election, Americans and Europeans urged future Kosovo leaders to urgently resume negotiations with Serbia, which has been at a deadlock for months. AFP also reminds that Belgrade refuses to continue negotiations, while a 100 percent tariffs imposed on Serbian goods by former Prime Minister Ramush Haradinaj are in effect.

Albin Kurti had already expressed his willingness to lead a dialogue last night.

If the dialogue with Belgrade does resume, one of the most sensitive issues will be settling what powers to grant Serb-majority administrations in Kosovo.

There are approximately 40,000 Serbs living in the north and 80,000 scattered in and around a dozen enclaves in other parts of Kosovo, who had mainly voted for Serb List on this election, backed by the ruling party in Belgrade, AFP reports.

Serbs have 10 reserved seats in parliament, a bloc that could be decisive in coalition-building, while AFP adds that Serbian President Aleksandar Vucic expressed willingness to speak with Kurti who who has long advocated the rejection of Belgrade.

BBC reports that the former leaders of the Kosovo Liberation Army "are licking their electoral wounds" as the voters held their parties largely responsible for endemic corruption and a lack of development.