"Land swap" US congressman is close to Albanian lobby - PM

Prime Minister Aleksandar Vucic said the same agreement concerning a wall Kosovska Mitrovica as the one implemented over the weekend, was reached on December 8. 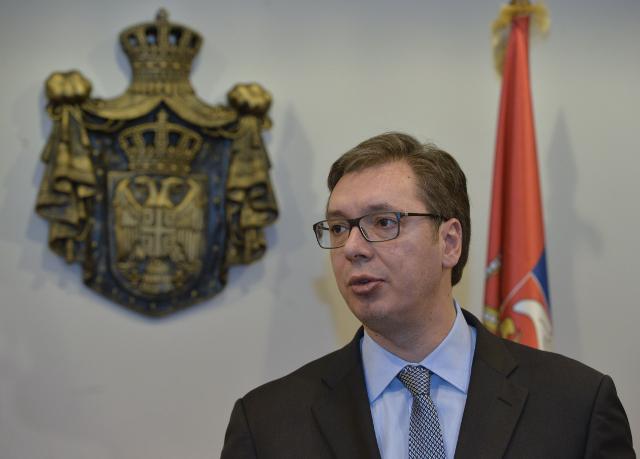 Vucic is seen in Belgrade on Monday (Tanjug)

"I don't know what somebody's intentions were in the days that followed, and I still wonder what that was about. To those who think they're smart and who are saying that the Serbs gave in, I recommend to demonstrate their heroism with real deeds," Vucic said on Monday.

According to him, "peace has been preserved and Kralja Petra Street in northern Kosovska Mitrovica protected."

"I am still confused and curious about still not receiving an answer - why wasn't everything done the same evening," said Vucic.

"You're bothered by Belgrade. Well, say you're bothered by Belgrade. Why were you bribing Serb List (Kosovo) assembly members? Because you wanted to separate them from Belgrade? I don't recommend doing that, you can't win. I'm waiting for them to tell me I lied and didn't say the truth. Nobody from the EU can say that, and I still have not spoken about a good chunk of the details in front of the citizens," the prime minister said.

Vucic also stated that US Congressman Dana Rohrabacher - who has reportedly sent a letter to Serbian President Tomislav Nikolic, proposing "a land swap" involving southern parts of central Serbia and northern Kosovo - "was both to Belgrade and in Pristina."

"He (Rohrabacher) is close to the Albanian lobby, these are some attempts to (reach) other solutions. Our Constitution speaks clearly about (territorial) integrity," Vucic stressed.

He added that he "expects nothing from (Kosovo) Albanians."