Patriarch: If it comes to choosing, Russia comes first

Serbian Orthodox Patriarch Irinej has told the Sputnik agency that if Serbia's interests clash with those of "Europe and America" - Russia "will come first." 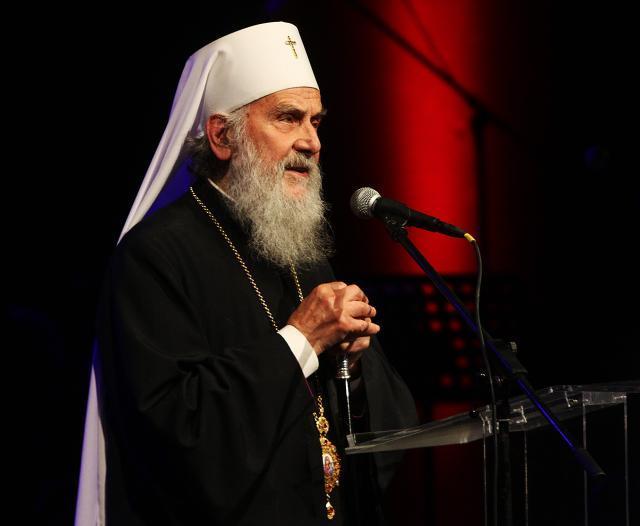 He added that he wishes his country to have friendly relations with Europe and the United States, but that there would be "no dilemma" if there were opposing interests.

"Our relations with Russia and the Russian Orthodox Church are those of two brotherly, same-blood, same-faith people. Our relations have always been on a high level in the past, except before and after the October Revolution that was tragic both for Russians and for Serbs, and for all Slavic nations," he said.

"In the recent and in the more distant past representatives of the (Serbian) Church received an education in Russia, they received help from Russia. Not to mention what the tsar family of Nikolai Romanov did for the Serb people, during a tragic time when the issue of the exit of the Serbian army from the country was raised, and when our western allies were in a dilemma whether to accept that army or not," the patriarch stressed.

He noted that the Russian ruler at that point intervened by "saying a very important thing that enabled us to survive as an army and as a nation."

Nikolai II "suffered the consequences for that later on," Irinej added, but stressed this was "proof of how the Russian state is thinking about us."

The patriarch concluded his interview for the Russian news agency, given ahead of the Christmas holiday that is celebrated in both countries on January 7, by saying:

"We want friendly relations with everyone who wants it too - with Europe, with America, with Russia above all, but if those interests are conflicting and raising questions, there is no dilemma for us - (no) 'yes' or 'no' - Russia comes first."