"What can one say to remain polite, politically correct, without using harsh words?"

Hashim Thaci really needs to wake up and understand the reality, the Prime Minister of Serbia, Ana Brnabic, said today 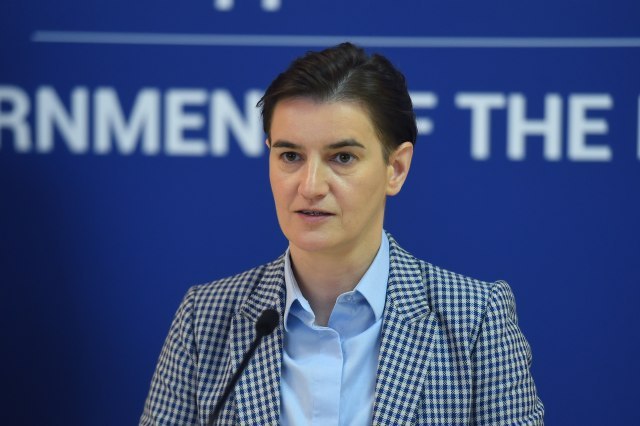 She commented on Thaci's statement that he is optimistic "that Presevo, Medvedja and Bujanovac will join Kosovo without encroaching on the territory, because that is a historical right."

"All the years since I have been in the government, I really don't understand where his pretensions towards Presevo, Bujanovac and Medvedja came from, I don't know where he got that from," Brnabic told reporters after a meeting with the head of the EU Delegation to Serbia, Sem Fabrizi.

"Do Presevo, Bujanovac and Medvedja perhaps belong to Kosovo, as much as to Belgrade? Maybe there are pretensions towards Budapest, towards Brussels, maybe he thinks that this is also a historical heritage… But that is his problem," the Prime Minister stated.

As she says, it is ridiculous for her to comment on that, because, in her opinion, it would be the same as asking the French Ambassador to comment on it if, for example, she said that Paris was Serbian.

"What will a man say in order to remain polite, politically correct, without using some harsher words," Brnabic asked.

She also noticed that Albanians began to usurpe religious, cultural and historical monuments.

"But I really hope, believe and know that they have their own tradition and a rich history and culture that they don't have to adopt others. I don't know why they are doing this to themselves, in the first place. When you adopt the history of others, it seems like you're not proud of what you have, but I don't have to defend their culture more than they defend themselves", Brnabic said.

When asked what will be the attitude of Brussels towards Thaci's position not to participate in the negotiations led by Lajcak, the head of the EU Delegation to Serbia, Sem Fabrizi, said:

"Thanks for asking, but I will not comment on other statements".