Eggs and tomatoes thrown to the Assembly PHOTO

There were riots and incidents in front of the Serbian Parliament when the MPs went outside the building on a break. 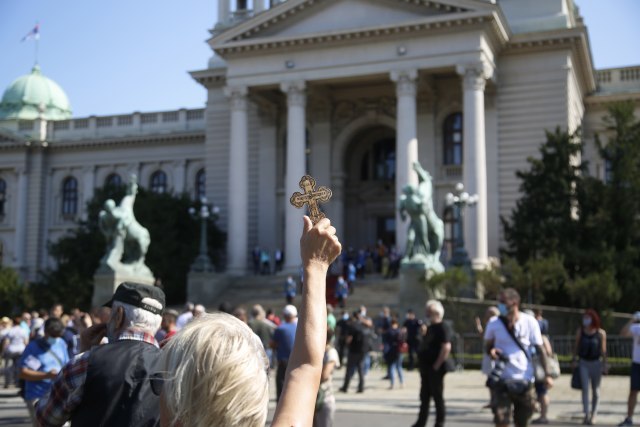 According to the media, defrocked monk Antonije Davidovic headed the protests in front of the House of the National Assembly with a megaphone in his hand.

At one point, he took a few eggs and, apparently within the sight of the police, started throwing them, aiming at the House of the National Assembly. Security closed the main entrance and police officers were reported to have led one of the protesters away.