Today, Serbia had a new convocation of the National Assembly 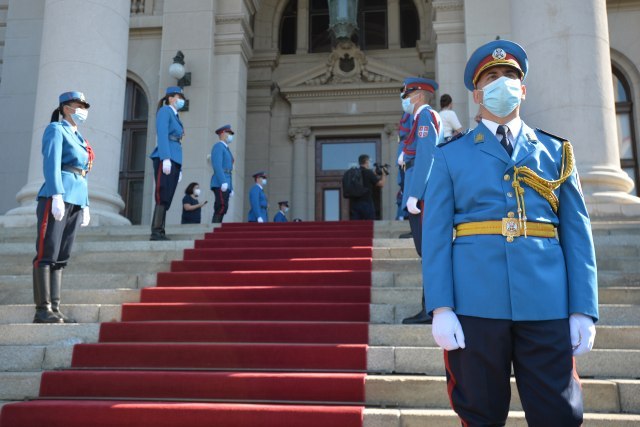 The mandate for all 250 elected deputies has been confirmed.

The deputies then took an oath to read as follows:

"I swear that I will perform the duty of a People's Deputy devotedly, honestly, conscientiously and faithfully to the Constitution, defend human and minority rights and civil liberties and serve the citizens of Serbia, truth and justice to the best of my knowledge and skills!"

The list "Aleksandar Vucic - For our children" will have the most deputies, 188, the Socialist Party of Serbia - United Serbia will have 32 deputies, Serbian Patriotic Alliance (SPAS) will have 11 deputies, while the Union of Vojvodina Hungarians will have 9 deputies.

MPs observed pandemic precautionary measures, wearing masks and keeping a distance. MPs, media representatives and employees in the assembly had their temperatures measured at the entrance to the building, and they all received masks and gloves, while in the hall itself, the deputies were physically separated by plexiglass partitions.