When I hear the saying "You've got what you deserved..."

United States of America will not lose interest in Kosovo, and Grenell shows that interest every day, the President of Serbia, Aleksandar Vucic said 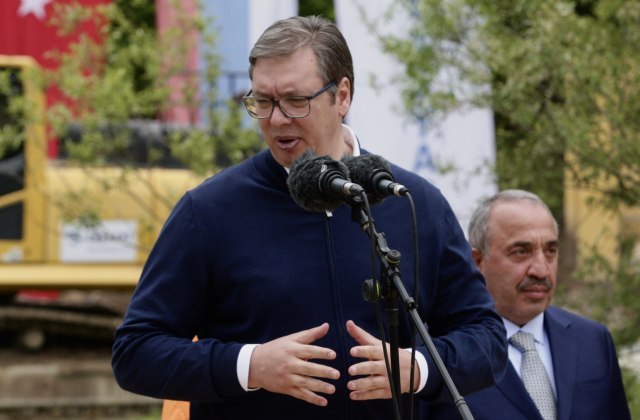 "When I read 'you've got what you deserved' - I don't agree with that at all. Not to mention the human aspect, that you should be with the people who have suffered heavy losses. We are with them and we are here to help", Vucic said.

However, that does not mean that America will lose interest in Kosovo, and Grenell shows that interest every day.

"Their interest is growing, and now I'm thrilled because of that - you can't run away from your job," the President explains.

When asked why he did not comment on the change of the decision of the Kosovo government regarding the goods coming from Serbia, he responded in the following manner:

“I didn’t comment because no one asked me, they design something new every day,” he says.

"I did not declare myself, so that goes without saying," he added.

He also believes that Kosovo Albanians are also at a loss with this decision.

When asked to comment on the statements coming from Montenegro that Serbia is raising tensions, he states that he will not respond.

"In order to avoid raising tensions further, I wouldn't even answer them."

Commenting on Lajcak's statement on speeding up of the dialogue, Vucic said that great powers have always interfered in our Balkan affairs.

"I did not accidentally say that in my speech to the Balkans - to the Balkan peoples at the UN," Vucic stated.

As he further adds, he said that because he wants us to decide on our own rights.

"Serbia will still have to be asked about everything. It is nice that they decided all that, but in the end, the citizens of Serbia will also make decisions."

He also states that he has not seen any proposal of the so-called Kosovo government for the solution of the Kosovo issue, but that he will talk and that the dialogue will resume when the conditions for that are created.

"I'm always ready. For me, the state is more important than party issues."