Vučić about the EU decision: "I understand them"

Commenting on the EU's decision for Serbia to stay on the list of unsafe countries regarding COVID-19 infection, Vučić said that it hadn't concerned only Serbia 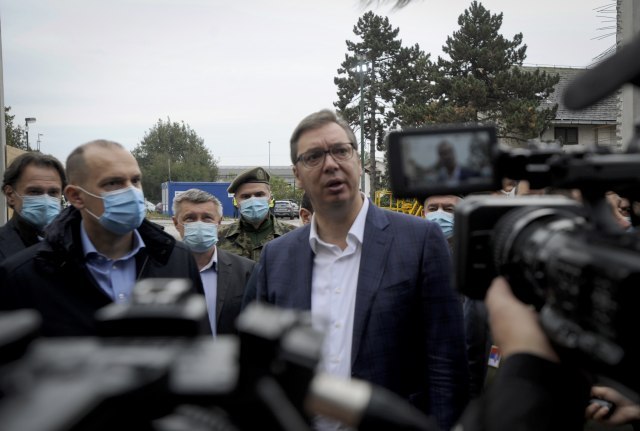 "They did not decide only on Serbia," said Serbian President Aleksandar Vucic during a tour of the construction of a new hospital in Zemun, adding that a campaign against the EU was being conducted for reasons he did not understand.

"I do not understand that campaign against the EU. They did not decide only on Serbia, but on all other countries that are not members of the EU, and they could not agree on the countries that are members. We then put headlines that they are against Serbia. This is far from the truth", Vucic stated.

﻿He also said that he talked to American officials yesterday, to whom he showed the "curve" of the coronavirus in Serbia, saying that they are also aware that our results are the best when it comes to flattening it.

According to the President of Serbia, the EU members did not make a decision to expand the list of safe countries whose citizens would be allowed to enter the EU member states, because they have a terrible situation in their countries.

"I understand them. What would they do with one country, if they had to reject five of them? Then someone would say why they let only Serbia go. It was a decision taken in general, not solely against Serbia," Vucic concluded.﻿