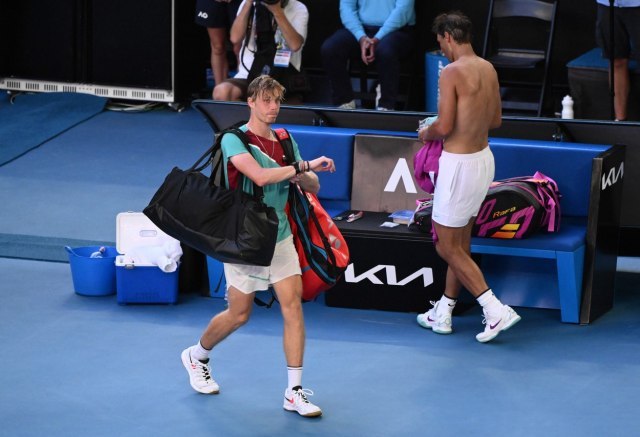 The Canadian lost this duel after five sets, and during and after the match, he criticized the umpire Carlos Bernardes.

Shapovalov thought that the umpire should not have allowed Nadal to take so many breaks during the match, and that in addition to medical time-outs, during the same break, he was unfairly allowed to go to the toilet, as he did between the last two sets.

"I think I misspoke when I said he is corrupt. But It was emotional, but I stand by my side. It's unfair how much Rafa is getting away with. I mean, I am completely ready to play and the clock is clicking 3, 2, 1, you know, it's clicking towards zero and obviously I'll say something, I was ready to play, and he tells me that he won't give him a time violation because I am not ready to play. (Nadal took a break for six and a half minutes instead of the allowed five) because I'm not ready to play. It's a big joke, you know, when someone says that. After the fourth set the guy goes (to the locker room). For the same thing last year I wasn't allowed to take a toilet break when I asked for a medical time-out. He had already taken two medicals... And after medical evaluation, the guy goes and takes a toilet break. Where's the line? I mean, I respect everything that Rafa has done, I think he's an unbelievable player. But there has to be some boundaries, some rules set. It's just so frustrating, you know. You feel as if you are not equal. You play not just against the player, you play against the umpire. It's difficult", Shapovalov said.

Shapovalov was asked if Nadal was getting a preferential treatment because it was him, and not some other player.

"Of course, one hundred percent he does. In every other match that I played, the pace has been so quick because the umpires respected the break limit. Nadal took big breaks between sets, he just pulled out. I'm not arguing the fact that he had to take a medical time-out or whatever. But how can you take medical and have a toilet break at the same break. It's just causing so much delay in the game. It's not balanced". Denis had an argument with the umpire during the match. Did Nadal say anything to him then? "No, he just asked me what was going on. There was no problem in that regard." All in all, he is disappointed after the defeat.

"It's hard. I feel good physically, but emotionally... It's pointless to lose. I felt like I had it. In the third, fourth, fifth set, I felt like a better player, I had more chances. I only had one bad game", concluded the Canadian. 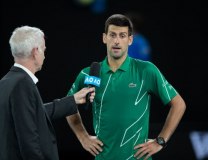