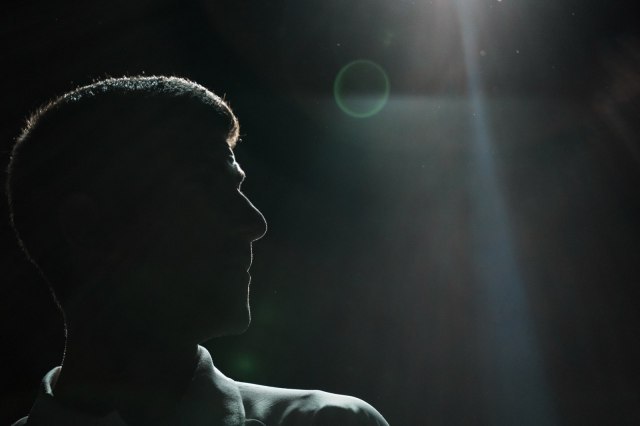 The trial has begun and is ongoing.

Ground One: Failure to consider the consequences of visa cancellation.

Ground Two: Not open to the minister to be satisfied the presence of Mr. Djokovic “is or may be” a relevant risk to public health.

Ground Three: Unreasonableness and/or irrationality in regard to finding concerning Mr. Djokovic’s “stance on vaccination”.

Nick Wood SC is beginning the submissions for Novak Djokovic. He says he wants to focus on the statement of reasons for decision by Immigration Minister Alex Hawke.

He said the minister went with an entirely different rationale for his decision, compared with the first decision. He's pointing now to the media reports included in the reasons for decision - there's a BBC article on what Djokovic has said about vaccinations, as well as reports of anti-vaccination "civil unrest".

Wood is reading now from media reports, saying Djokovic said he was opposed to vaccinations but he later clarified he was no expert, kept an open mind and wanted to choose what was best for his body. He says it's inexplicable that part wasn't quoted by the minister. He also acknowledged those comments were made well before a COVID-19 vaccination was available.

Mr. Hawke said he hadn't sought the present views of Djokovic on vaccinations. He said Djokovic's presence may foster anti-vaccination sentiment that could potentially lead to circumstances where unvaccinated won't vax or people won't complete their doses.

He said the minister says there were reports some who are opposed to vaccinations are supportive of Djokovic remaining in Australia because of his unvaccinated status. Wood says that's not true - the media reports don't say that and some were from before Djokovic even arrived in Australia. He says that's an error by the minister.

He said the only evidence tying Djokovic to anti-vaccination supporters was the BBC article (attachment H) on what Novak Djokovic has said about vaccines.

Wood says there's a subheading in that about "anti-vaccine activists". He says the article was published this year, after the first visa cancellation but before the Federal Circuit Court order quashing the decision.

It said while Djokovic had been supported by fans, the visa debate had galvanised anti-vaccination activists even though Djokovic had never come out with an extreme position.

Wood says if there was any foundation for thinking Djokovic's participation in a tennis tournament would lead to this sort of thinking, it would be supported by evidence of rallies at tennis events. "There's nothing of any kind like that identified by the minister," Wood says.

Wood then mentioned Djokovic's Instagram statement - the one where he admitted the interview and photoshoot with L'Equipe knowing he was positive for COVID-19.

Wood says there's one central concern throughout the minister's reasons - the avoidance of minimisation of that which might foster anti-vaccine sentiments.

He says binary option one was Djokovic be allowed to remain and "hoping he might win some games". The minister went with binary option two - his visa is cancelled and he's expelled from Australia subject to a three-year ban which might be waived in future.

He says it was "irrational" for the minister to consider that anti-vaccine sentiment might flow from Djokovic being allowed to stay, but not that it might also flow from "coercive state action", being Djokovic's visa cancellation and deportation.

"There was only one single item of evidence, not acknowledged by the minister in any part of the reasons, that actually bore on this question and that item of evidence was the BBC report that only suggested anti-vax sentiment (was) aggravated by the cancellation option," Wood says.

"We otherwise rely on our written submissions", Wood finished his submissions.

Stephen Lloyd SC for the minister has been invited to take the next 45 minutes to an hour to outline his submissions.

"We will contend that none of those findings should be made," he says of Djokovic's legal arguments.

"At this stage of the pandemic... He could have been vaccinated if he wanted to be. That he is still unvaccinated indicates a choice on his part to remain unvaccinated... The minister's entitled to assume that it was his choice," Lloyd says.

Lloyd says Djokovic's medical reason for not being vaccinated was that he was infected with COVID-19 in mid-December. He notes Djokovic could have been vaccinated before then.

Lloyd says it doesn't weaken their case that Djokovic made comments about not wanting to get vaccinated before they were even available, as Wood had argued.

"Even before vaccines were available he was against it - his prima facie position was to be against them," he said.

He says there's been unrest from supporters of Djokovic, particularly after the first cancellation decision. Mr. Hawke noted in his decision that unrest had already occurred. He says there was vocal support for Djokovic to remain and play in the Australian Open, and there was concern that could materialise into discord, unrest or resentment.

Lloyd says Djokovic's presence in Australia would present more strongly to Australians given his high profile and position as a role model for many people. He says Djokovic has some recent history of "ignoring COVID safety measures".

"Even when he knew he was infected and had received a positive test he undertook an interview and a photoshoot which included taking his mask off", Lloyd concluded.

Lloyd says Mr. Hawke did consider the consequences of both cancelling and not cancelling Djokovic's visa.

"He's done his best to consider the matters, alive to the fact (Djokovic's) views weren't sought. That suggests the minister tried to look at things broadly."

Basically Lloyd is saying Mr. Hawke didn't have to go into detail in his reasons about potential for discord if Djokovic was allowed to stay. He says it's clear from the wording of the reasons that he did consider it and nothing can be inferred from what the didn't say about it.

He says there were protests in the days after the initial decision was overturned, and it's "impossible" to imagine Mr. Hawke didn't know.

The hearing is currently adjourned due to a lunch break starting at 12.30 Australian Eastern Daylight Time (AEDT), i.e. 02.30 am Central European Time (CET).

Based on this timeline, Mr. Lloyd should finished his rationale by 2.30 pm AEDT.

Then we'll have a reply by Djokovic's lawyers - probably until around 3.30 pm.

Afterwards, the judges will retire for a decision that might be reached later today or tomorrow.

Djokovic won't take the stand to explain his vaccination views.

The world no.1, Novak Djokovic, decided not to testify before the Federal Court.

Sakkal said that Djokovic does not want to testify and explain his position on vaccination.

"He's chosen not to go into evidence in this proceeding. He could set the record straight if it needed correcting. He has not - that has important consequences", it is said in a government's submissions.

Djokovic's lawyers have finished their submissions.

The court hearing Novak Djokovic's case against Australian Immigration Minister Alex Hawke has adjourned for an hour until 1:30 p.m. AEDT.

Before the break, lawyer Stephen Lloyd, acting for Hawke, estimated it would take him another hour to finish arguing the government's case.

We will get the final decision in the early morning hours.

Djokovic won't take the stand to explain his vaccination views

From gov written submissions: "He's chosen not to go into evidence in this proceeding. He could set the record straight if it needed correcting. He has not - that has important consequences"https://t.co/R4pPYm1BYg