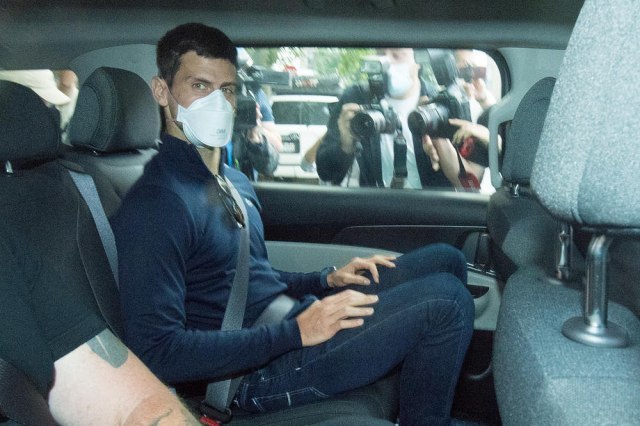 According to the media in Australia, Minister Alex Hawke has so far referred to Article 133c of the Immigration Act, but even if the second attempt of the federal government fails, that is not the end.

Members of the "Andrew and Renata Calder Center for International Refugee Law" have found another option that could be implemented by the Australian government.

For days, it has been rumored that Novak's agent made a mistake when filling out the application for a trip to Australia when he ticked the box that he had not previously traveled to other countries.

It is known that he was in Spain and from there he set off for Melbourne. Experts from the mentioned center are discovering what could be a new problem for Novak.

These events could potentially lead to a new reason for visa cancellation, under Article 109 of the Migration Act, but Alex Hawke has used 133 so far. If Djokovic wins in court, Hawke could revoke his visa again, and precisely on the basis of the hitherto unused Article 109". What exactly does that article say?

"A visa may be revoked from a person who did not comply with what Articles 108 and 107 of this law require" (these articles provide for the possibility of revoking a visa for those who enter incorrect information in the visa application, as Novak's agent did).

So, it all comes down to the fact that his visa could be revoked "because he did not fill in the data for issuing the visa correctly". They say so, but how is it possible that they overlooked it before, that is the real question for everyone in this nonsense.

"All this makes me feel that Novak's chances of staying in Australia are very slim. His legal team is pressed against the wall more than it was on Monday," said Dr Sangeetha Pillai from the mentioned center.

Sunday’s hearing for Novak Djokovic will be heard by a full bench, comprised of Chief Justice James Allsop, Justice Anthony Besanko and Justice David O’Callaghan. So, the three-member panel will decide on the fate of Novak Djokovic today.