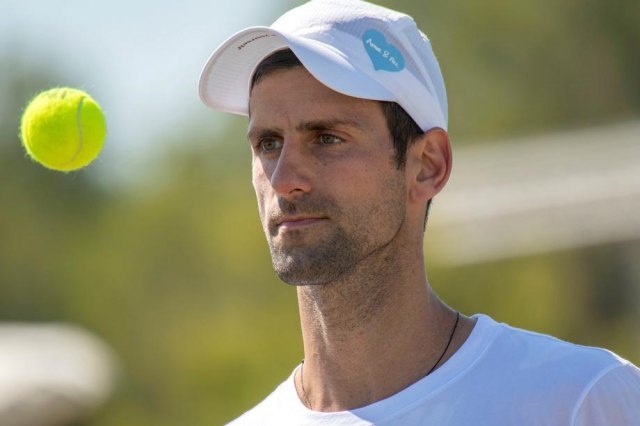 He addresses all those who, for one reason or another, disputed the comparisons of the Serbian ace with Nadal and Federer.

"More than perhaps anyone in tennis history, Djokovic has refined the foundational core of the game — preparation, balance, weight shifts, footwork. In a sport that breathes aesthetics, that lives on the awe-inspiring flow of points and balletic movement of its most outstanding practitioners, Djokovic’s pared-down approach is as divisive as Rothko’s color blocks. But Djokovic’s game has its beauty. No top player has ever been as flexible, as able, on every surface to twist and bend and turn an outright mad-dash defensive sprint into a sudden attack".

As he added, Djokovic's not a robot. He’s Houdini.

"For years, men’s tennis seemed defined by a single rivalry: Federer versus Nadal. Two great champions, two contrasting styles. Their lasting connection came to define this era of the sport. Then Djokovic barged and bullied his way in. He is the third wheel, different from Federer and Nadal in almost every way, including the fact that he does not hail from well-to-do Switzerland or Spain, but from an Eastern European country many fans cannot find on a map", Streeter continues.

He also addresses those who challenge the Serbian tennis player.

"For his haters, all of this is a bitter pill to swallow, one they must choke down with frequency. Djokovic now holds the upper hand in head-to-head wins over both rivals. Since 2011, he has captured 18 major titles, seven more than Nadal and 14 more than Federer in that span", Streeter believes.

"Novak Djokovic will find himself in a familiar spot, facing a boisterous crowd intent as much on Federer winning as on seeing the Serb crumpled in defeat. Should recent history hold, Djokovic will raise the champion’s trophy again, another rebuke to the holdouts who refuse to embrace one of the most exciting champions in all of sport. Wimbledon diminished? Not quite", Streeter concludes.