Nikola Jokic gets his energy drink after the MVP title?

Is the launch of Jokić's Serbian Energy Drink Guarana really planned, or is it a joke of a brand known for its witty communication on social networks? 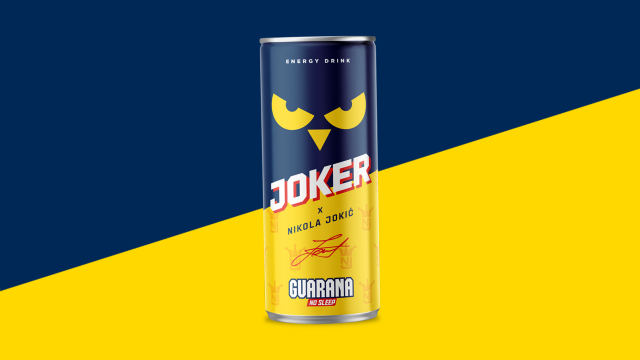 Ever since the famous Serbian energy drink brand posted a video of Guarana signed by Nikola Jokić on Instagram, the internet has been buzzing: everyone wants to try the MVP taste.

Nikola Jokić became the MVP of the NBA league, and now maybe he will have his Guarana energy drink?!

Fans are already asking if they will be able to buy it, while Denver Nuggets are also looking for it.

"Oh, you are genuine kings," reads one of the comments, while the other is impatient, "Wow, I will try it!"

"Do you have a taste of burek?" (traditional dish in the Balkans). It seems that they "figured it out" how to become MVP.

It only remains to be seen whether we will really get the Guarana Joker Energy Drink.

But given the public reaction, it would be a real hit.