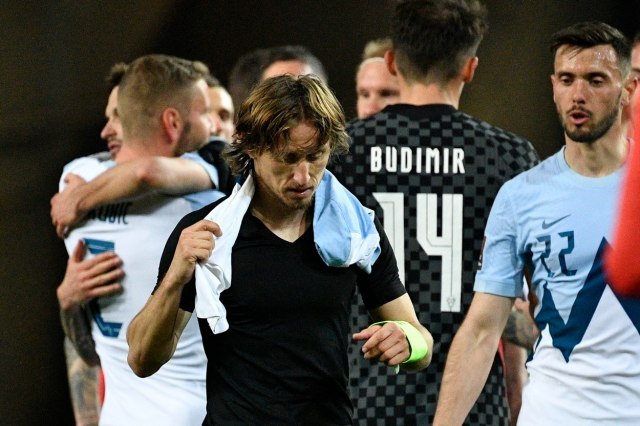 The match was played in Ljubljana's "Stozice". Sandi Lovric, the "Croatian son", scored the only goal of the night, slowing down the Croats in their qualification cycle.

Croatia did not present itself as the World Cup finalist and it was clear that a serious change of generation is on its way, but it was difficult to assume that Luka Modrić and his teammates will be so inferior against the selection of Matjaz Kek.

The Croatian media were also stunned and unanimously very critical of Zlatko Dalic's team in their impressions from this match.

"Defeat from Slovenia is not a disaster but a triple disaster! They taught us a lesson the same way Dinamo did Spurs," reads the headline in "Jutarnji list".
Colleagues from "Vecernji list" stated similarly.

"Our new normal: incapacitated, clueless and defeated, this has not happened to us since 2006!" reads their title.

"Index" gave them some break:

"Bleached Croatia defeated at the start of World Cup 2022 qualifications"

Finally, head coach Zlatko Dalic, who is under a barrage of fiery critics is also aware of that.

"We played with a lack of focus; it wasn't good. We were just waiting for the ball to come to us, we didn't go deep at all but just playing around. There's nothing to say, it was very bad, except for the first fifteen minutes," said a disappointed Dalic.