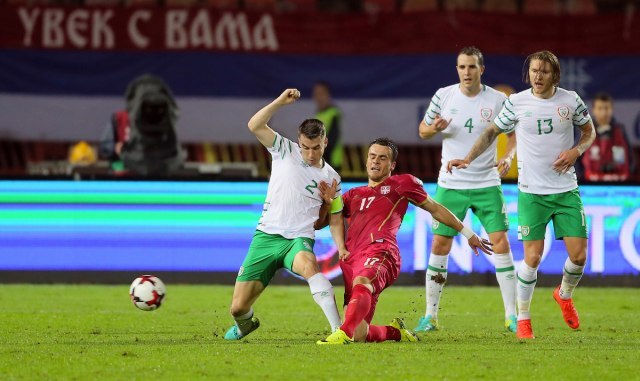 The team from Ireland is on its way to Serbia for the first round of qualifications for the World Cup in Qatar.

Coleman revealed how much he and his teammates know about the Serbian "Eagles".

"We did a lot of research; we also played a lot. I know that they changed the coach, that they used to play in one formation, but they changed that for their last match. You never know what the new manager will bring, we know that they have good and fast players like Tadic, Mitrovic. I have faith in my team, so we'll see soon," Coleman said.

The last time these two teams matched was in Belgrade in 2016 for the World Cup qualifiers; the final result of the match was a 2:2 draw.

"I have bad memories because we didn't win that one. The place was nice, the atmosphere was great, we want a good result and I want to win this one. We have to play for 90 minutes; only France can play with some reserve. We have to create chances, I think they will have the ball, but we will be compact. We can get something out of Belgrade," he added.

What will his teammates hear from him before the match?

"I will tell the guys before the match to concentrate on themselves, we all know what we need to do. We have to remember what it will mean for all the people in Ireland tomorrow, this is a big match for us. We are all looking forward to it, we have the opportunity to help the country to win the ticket to the World Cup. I am convinced we will give our best tomorrow," Coleman concluded.