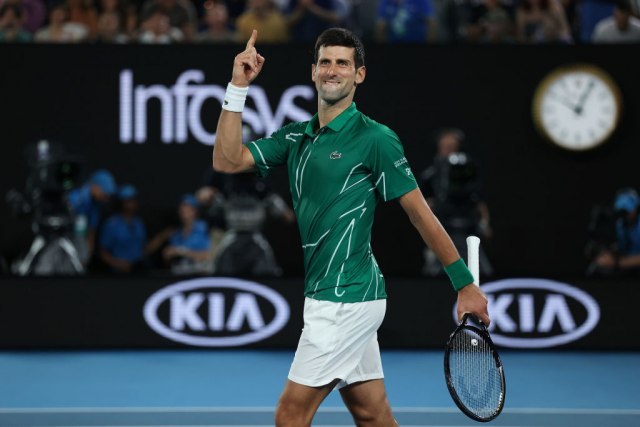 This was the 50th career match for the Serbian and Swiss tennis players and the Serb increased the lead to 27-23.

The world's No. 2 will face the winner of the duel between the fifth-seeded Austrian Dominic Thiem and seventh seeded German Alexander Zverev in the Australian Open final, where Djokovic will fight for his eighth title and 17th Grand Slam title in the 26th final overall.

“It could have definitely gone a different way, if he’d used those break points," Djokovic said in an on-court interview. "He got off to a good start and I was pretty nervous at the beginning.

“I have to say I respect Roger for coming out tonight. He was obviously hurt and not close to his best in terms of movement. It wasn’t the right mindset at the beginning, because I was watching him and how he was moving early on, rather than executing my own shots. I managed to dig my way back and win the first set, which was obviously mentally important”, Novak concluded.

As for Roger, he can at last go skiing, as he had mentioned after a 'close' win in the quarterfinals over Tennys Sandgren:

"I was incredibly lucky today but draws are not getting any easier. I have two days off now, I think I will feel better and you never know what will happen, especially after playing with no expectations because you know you should have already been skiing in Switzerland. In fact, I was already on my way there. So I'll try to use this as best as I can," he said.

The finale is scheduled for Sunday at 9.30 CET.