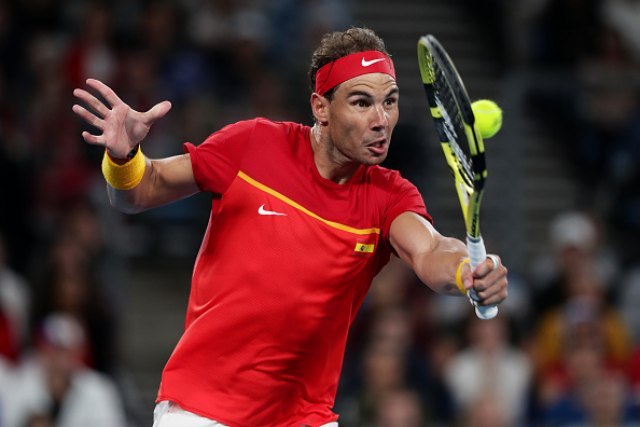 Not only due to that, but primarily due to his losing 6: 2, 7: 6 (4) in a direct match with Novak Djokovic, after which Serbia evened the score.

Nadal sharply resented that a smaller section of the audience "did not understand how tennis works", alluding to the cheering from the stands by Serbian fans.

Still, when he talked about the match with Novak, he had an interesting observation.

"He has been the best tennis player on this surface (concrete) in recent years. Playing against the best player is always difficult", Nadal said.

He added that not everything was so bad in his game.

"I think I've improved some things. Maybe this is the early part of the season to see it, but generally, I think I've fixed a few elements that will give me a better chance in the near future."

"I improved my service, and that is very important for future matches against the world's best players. I'm pleased with how I served, especially in the second set against Novak, I had the opportunity to change something and play service-volley. I will continue to work on that", World No. 1 has promised.

“I had my chances. I was very close. Not happy with the loss, of course, but the feeling in that second set is positive”, Nadal concluded.