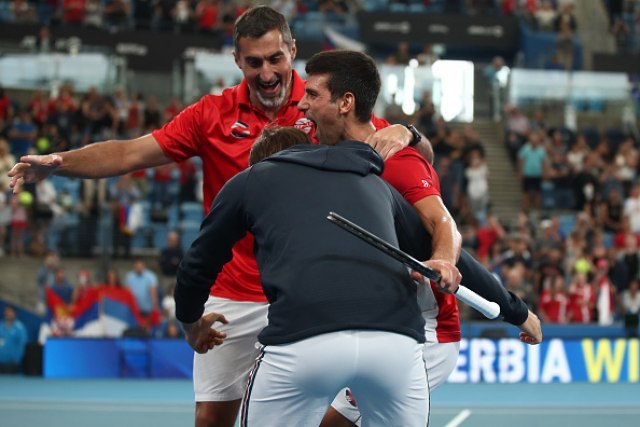 After a big fight in two singles, Dusan Lajovic and Novak Djokovic brought two points to our team, victories over Karen Khachanov and Daniil Medvedev.

After an easy win over Canada 3-0, a big fight followed with an extremely strong Russian team, but Serbia showed that they have two great players in Lajovic and Djokovic who once again showed with how much power and desire they play for the national team.

In the first single, Lajovic managed to continue a great streak in this competition and after 108 minutes of play, he defeated Karen Khachanov.

And then tennis titans Djokovic and Medvedev came on court!

They played twice last year and both times the Russian celebrated, who had an unbelievably good six months, starting with Wimbledon till the end of last season.

He beat Novak in Monte Carlo and then during the summer in Cincinnati tournament, but a champion like Djokovic just didn't want to allow himself to lose for the third time in a row to the truly remarkable athlete from Moscow, fifth in the ATP ranking.