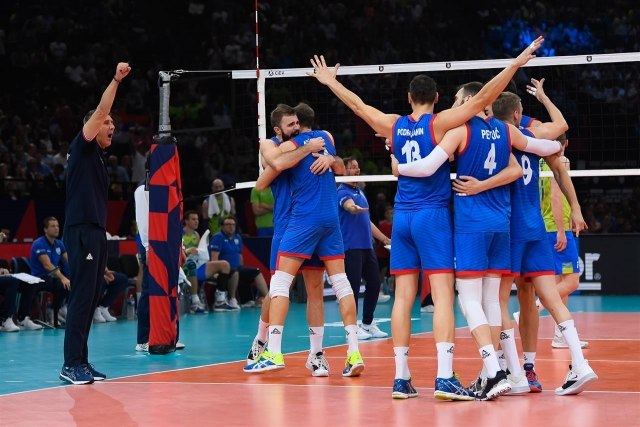 This is the third gold medal for our selection in the Continental Championships.

On the way to the title without a single defeat, Serbia was led by Aleksandar Atanasijevic, scoring 22 points.

Uros Kovacevic with 20, Nemanja Petric with 12, and Srecko Lisinac with 11 points were also double scorers in the Serbian team.

In the defeated team, the most efficient was Klemen Cebulj, who scored 15 points, followed by Alen Pajenk scoring 12 and Tine Urnaut, scoring 10 points.

Our volleyball players, like in most of the matches played on this championship, started a little bit strained, however, the "Eagles" class came to the fore in the second, third and fourth set, which they won convincingly.

Alberto Giuliani tried to "wake" his players with time-outs, but to no avail.

Serbia used the second championship point to reach the throne of EuroVolley 2019.

This is the second time after 2011 that both men's and women's Serbia's national selections had won the titles on the European Championships.