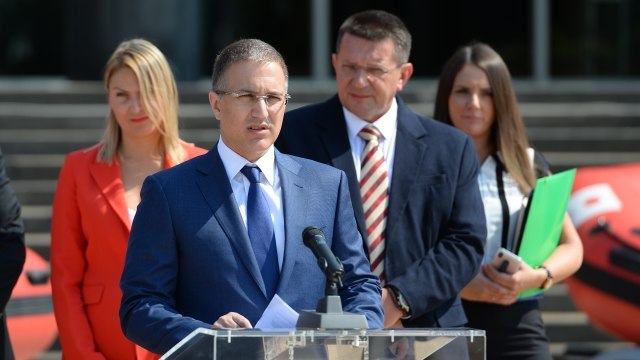 This was stated on Tuesday by Interior Minister Nebojsa Stefanovic.

Members of the Ministry of Internal Affairs in Novi Sad have shed light on the attack on the two Albanians who were beaten in Futoska Street, Stefanovic said.

According to him, although the investigation so far - including interviews with the suspects, but also one of the victims - indicates that this was not an ethnically-motivated incident, the police will examine all the allegations in detail and come to the full truth.

Stefanovic added that the police also identified persons who took part in a fight in the Beton Hala establishment in Belgrade on Saturday night.