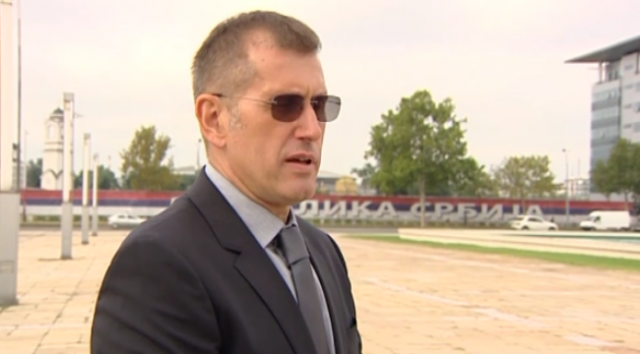 Of them, eight percent are classified as high-level crime groups, Rebic added.

According to him, the remaining 92 percent are classified as low and medium groups and as such do not pose a significant threat to Serbia's security.

Speaking at a conference dubbed, "Towards a Safe Serbia," Rebic pointed out that organized crime and terrorism represent the greatest security threat at the global level, but also for Serbia and the region.

"What appears to be the most frequent security threat for Serbia, but also for the countries in the region and beyond, are crimes in the field of terrorism, crimes related to abuses of narcotics, criminal acts related to the theft of motor vehicles, illegal possession of weapons and ammunition, and in recent times we have been particularly concerned with criminal offenses related to forgery of money and ofpayment cards," Rebic said.

He noted that Serbia has adopted a five-year plan of joint assessment of public security, passed last year, outlining the basic postulates for Serbia's security, including fighting organized crime, terrorism, and preventing high-tech crime and corruption.

The most important factors, said Rebic, that influence the creation of criminal groups and their actions in Serbia are the geographical position of the country, the lack of language barriers and a strong diaspora in Western Europe.

"We are increasingly witnessing the fact that crime is transferred from the regional to a global level, where smuggling of cocaine from the countries of South America appears as the biggest threat, while the second danger is illegal trafficking in weapons and ammunition," Rebic said.

When it comes to the latter, Serbia is marked as a source of this criminal activity, the police official said, and explained that this is due to the fact Serbia and this region have been affected by wars, with a significant number of weapons remaining outside the reach of the competent authorities.

"Our response to these threats must be faster and more efficient, and the Serbian police are recognized internationally as one of those who contribute greatly to the suppression of all types of crime, and therefore often receive praise from Interpol," said Rebic.

According to him, Interpol has over the past five years recognized Serbia as one of the ten most desirable partners - although that organization has 190 member states, that are bigger than Serbia, and have a greater number of police officers.