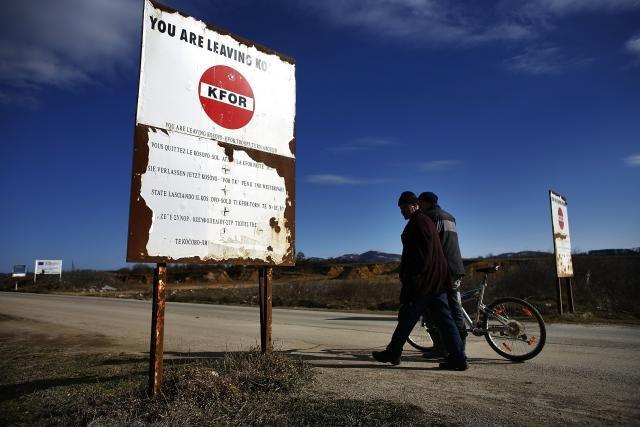 They were spending a summer day on the banks of the Bistrica River, near their homes in the Serb enclave of Gorazdevac - a village in the western part of Kosovo.

19-year-old Ivan Jovovic, and 12-year-old Pantelija Dakic were killed in the attack.

This crime that remains unsolved to this day - and that ranks among the four gravest acts of violence committed against Serb civilians in Kosovo since the arrival of international forces in the province after 1999 - also left 20-year-old Djordje Ugrenovic, 14-year-old Bogdan Bukumirovic, 12-year-old Marko Bogdanovic, and 13-year-old Dragana Srbljak seriously injured.

"Any kind of normalization between Serbs and Albanians and Belgrade and Pristina cannot be built on forgetting the mass and organized crimes committed by members of the so-called KLA ('Kosovo Liberation Army'), and without truth and justice for the numerous Serb victims in Kosovo and Metohija," the Serb Coordination said in a press release issued on the anniversary of the crime - referring to the KLA - a now disbanded ethnic Albanian armed formation which Serbia considers to be a terrorist organization.

The Serb Coordination added that in the intervening 15 years since the Gorazdevac massacre, nobody has been brought to justice - while an EULEX (EU rule of law mission in Kosovo) prosecutor said in 2010 that the investigation had been halted "due to lack of evidence."

"This has perpetuated the anti-civilizational practice of impunity for the crimes committed against Serbs in Kosovo, with no prospect of it changing it for the foreseeable future," said the Serb Coordination, which gathers Serb associations representing the families of the murdered, killed, and missing Serbs from the 1990s wars in the former Yugoslavia.

The organization also publicly called on "international factors" in Kosovo, and Serbia's authorities, to do all they can to bring to justice the perpetrators of this, and all other crimes committed against Serbs in Kosovo.

The anniversary of the crime, meanwhile, will be marked in Belgrade, and in Gorazdevac.

In 2001, EULEX halted its investigation - during which the police interviewed 75 witnesses and searched 100 houses - due to lack of evidence.

The parents of Ivan Jovovic and Pantelija Dakic have been expressing their disappointment each year by fact the killers of their children had not been found - adding that this was the case despite the perpetrators' names being in fact "known."

The killers remain free to this day despite the head of the UN mission in Kosovo (UNMIK) police promising at the time to "leave no stone unturned" in a bid to find them.

UNMIK offering a one-million-euro money reward did not help, either.

In the wake of the attack, the UN Security Council held an urgent session.

The Gorazdevac massacre ranks among the most serious crimes committed against Serb civilians in Kosovo after the 1999 war.

Other incidents include the killing of 14 Serb farmers in Staro Gracko, the murder of the three-member Stolic family in Obilic, a town near Pristina, and the attack on a Nis Express bus near Podujevo, that killed 12 Serb passengers who were on their way to visit the graves of their loved ones on an Orthodox Christian holiday.