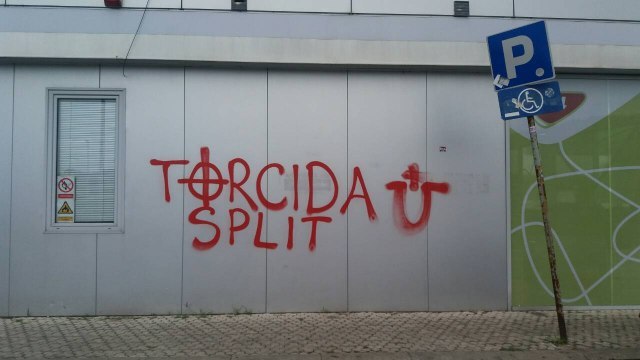 They burst into the gas station at around 03:00 hours CET, robbed it, and demolished the shelves.

The Interior Ministry (MUP) said that the thieves took "a large quantity of beverages" from the gas station's store, "and left without paying."

After that, they drew graffiti representing their supporter group, and others representing the fascist Ustasha regime of the Independent State of Croatia (NDH), turning over garbage dumpsters.

The police said were "working intensively" to identify the perpetrators.

Prva TV learned unofficially that one of the store's workers was pushed aside during the rioting, but did not sustain serious injuries.

The Croatian fans were on their way to Sofia, Bulgaria, for an UEFA Europa League game.