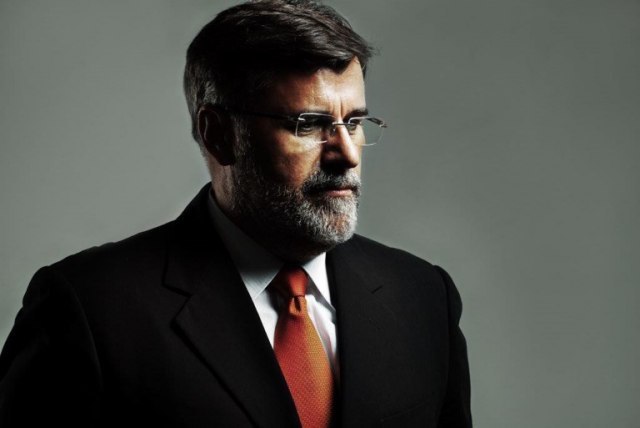 The president of the Commission Investigating Murders of Journalists told Cenzolovka that he had a strong impression the trial chamber has led the process as if he did not want to do it, or was forced in advance to pass an acquittal decision.

The latest NIN, in a text by Vuk Cvijic, presents several new details that indicate the investigation and the three-year trial for the murder of journalists and owner of Dnevni Telegraf and Evropljanin Slavko Ćuruvija is burdened by pressures, obstructions, attempts to discredit the witnesses. The fact is shocking that some intercepted conversations indicated that the murder of Dragan Kecman was also planned, an inspector who came to the key evidence in this case. Kecman, who experienced the fate of some who helped shed light on the murder of Curuvija - was in 2016, without a clear explanation, removed from the position of the head of the Directorate for Fight Against Organized Crime (UBPOK).

In the said text, NIN writes:

"In February 2006, in the Belgrade club Varadero in Makis, Crni and Kurak, who is now on the run, met with witness Slavisa Arsic, who immediately prior testified in connection with the murder of Curuvija to police inspector Dragan Kecman. Kurak then concluded: 'Kecman needs to be cooled off'."

In the recent testimony of Kecman before the trial chamber that is leading the trial against the four accused for the murder of Curuvija, during which a lengthy and unpleasant debate took place, even between members of the panel with this inspector (who was called only to speak about taking this evidence, although he may be the best connoisseur of this case), he said, among other things, that even a man who helped the police collect information from Mobtel (later Telenor) about where the accused were moving and who they spoke to during the murder, was later fired.

"Look's what you did to me, I had serious problems because of those cassettes, I was left jobless because I gave them to you then," Kecman recounted what he was told by the Mobtel employee, when he met him "poor and neglected" several years later.

According to Cenzolovka, this employee of Mobtel, who had the conscience and courage to help investigators in collecting the most important material evidence in this case, was the victim of a former RDB and UBPOK official, who knew how evidence was collected in the case of Curuvija. After retiring from the police he joined Telenor and was one of those who decided which Mobtel employees would continue to work in the new company. Only one man at the time did not get teansferred to the new company - the one who told the police where the evidence was.

These key evidence - tapes with data from base stations - have been the subject of discussion for almost two and a half months at the trial for the murder of Curuvija, since the Trial Chamber (Snezana Jovanovic, Dragan Milosevic, Vladimir Mesarovic) decided to exclude some of these tapes from the court files because they were allegedly taken illegally.

The Court of Appeal sent this decision back to be reexamined, stressing that the cassettes were seized lawfully, but the Trial Chamber refused again to classify them as evidence.

The Commission Investigating Murders of Journalists is following this trial closely - and several times it reacted due to the delays in the process or the releasing from the custody of the two accused, but this time expressed its concern about the course of the murder trial of Curuvija especially harshly - the process is called "shockingly slow" , while the Trial Chamber's decisions are characterized as "legally bizarre."

Commission President Veran Matic was asked whether, in the absence of the will to end the trial within a reasonable time, he sees some kind of obstruction of the process for a murder that took place almost 20 years ago.

Veran Matic: It is an absolutely inexplicable and unacceptable court practice that we have had the chance to observe in this process. There are completely unjustifiable explanations that there is no capacity when it comes to the courtrooms. What if the most important looting privatizations were really to be put on trial, if organized crime related to all the "mafias" that were broken up through investigative journalism were put on trial? How would the problem of courtroom capacity be solved them?

Why can't we be at least like Romania? There a very large number of "big fish" have been put on trial and convicted more effectively than any case in our country.

The Trial Chamber has conducted this process very irrationally, a whole series of witnesses and hearings were repeated without a clear sense and a visible goal. Time was wasted on exhausting, irrelevant issues. The defense has been allowed an open obstruction of the process.

The Commission warned in a number of press releases about the inadmissible slowness of the process. In several reports, which were an obligation to the European Commission, the unacceptable slowness was emphasized, but nothing has changed for the better.

Cenzolovka: On the contrary, the Trial Chamber even replaced detention with house arrest for two of the defendants...

Matic: The slowness has led to a strong counter-attack by the defendants and lawyers. Despite the fact that the Miroslav Kurak, accused of directly committing the murder, is on the run and that Serbia has not insisted on his arrest, the Trial Chamber makes an unthinkable decision to release persons accused for a serious crime of murder, two of the accused. This, in practice, means they will be free while mounting their defense, with the justification that the process has been going on too long. The fact that the process lasts too long is, above all, the responsibility of these same judges and the result of the work of the Trial Chamber.

Practically, by this decision, the Trial Chamber assisted the defendants to, with the help of the internet, Viber, Vocap, Signal, Skype and other communication systems to agree on their defense, and possibly prepare repressive measures, intimidate witnesses, even the family of the victim, in order to bring the trial to an end to their own benefit, despite the evidence gathered.

In such cases, it is clear that the easiest verdict to be passed is acquittal, by compromising the evidence as it is being presented, while main witnesses will not be able to testify. I think this is one of the most important reasons why the process is so long.

I am sorry that our profession, students of journalism, associations have not been more present at these trials, in order to fight for the right to justice when it comes to the most drastic forms of violence against journalists in the history of journalism in Serbia.

The fight against impunity should be the basis of any kind of action by journalists and organizations in order to act preventively today.