The KFOR intelligence denied to transfer the documents about the murder of journalist Enver Maloku to the UNMIK Central Intelligence and Investigative Unit. 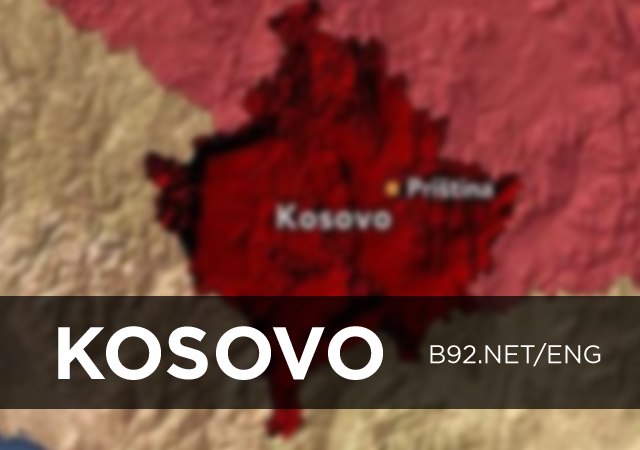 UNMIK upon their arrival in Kosovo undertook criminal investigations, the Association of Journalists of Serbia (UNS) is reporting on its website.

UNMIK investigators received only meager information, and KFOR intelligence was "covered" with the explanation that all important data on this murder had already been handed over to the NATO military archive.

UNMIK then addressed the military archives of NATO, headed by the United States at that time, but never received an answer. The Journalist Association of Serbia (UNS) came to this knowledge, while trying to find out what happened with the investigation of the murder of journalist Enver Maloku.

The UNS contacted the NATO headquarters and requested information from the military archives about all the killed and kidnapped journalists in Kosovo, and in particular insisting on the documents about the murder of Enver Maloku.

- We are aware that there were claims that individuals were allegedly kidnapped or killed in Kosovo in that period. We have no independent information to confirm these incidents. KFOR first deployed to Kosovo in June 1999. This would be a matter for the legal authorities in Kosovo to investigate - it was officially told to the UNS in NATO, with the addition that "the archive is being relocated at the moment”.

Many analyzes and documents published over the past 20 years have unequivocally demonstrated that NATO had information on events in Kosovo since early January 1999.

Enver Maloku, a journalist, writer and head of the Kosovo Information Center (KIC), was killed on January 11, 1999 in the afternoon, a few meters from the apartment on the ground floor of a building in the Sunny Hill area, in which he lived. He died shortly at a hospital in Prishtina. To date, it's not known who his killers are.

A report by the Serbian police found that he was killed by semi-automatic weapon and that at the crime scene there were three murderers. According to military intelligence, the murder of a well-known journalist and close associate of Kosovo Albanian leader Ibrahim Rugova, who was in conflict with members of the Kosovo Liberation Army, has already been tried. And that has indicated to many intelligence agencies the possible background and motive of murder.

(No) knowledge of NATO

Maloku was killed before the NATO bombing and the Kumanovo Agreement. Half a year before UNMIK arrived in Kosovo, according to the UNS data, the British intelligence service sent to the NATO command in Brussels a report stating, inter alia:

- Enver Maloku, the Head of the ethnic Albanian Information Centre in Kosovo, was shot and killed by unknown gunmen in Pristina on Monday. It was the second assassination attempt on Mr. Maloku. He narrowly escaped an earlier attack last July. The Kosovo Information Centre(KIC) is one of the main sources of news in the troubled Serbian province and is close to moderate Kosovo Albanian leader Ibrahim Rugova and his party, the Democratic League of Kosovo. Mr Rugova condemned the killing as an attack on Albanian freedom of speech and declared Thursday a day of mourning in the province. Enver Maloku’s death seems certain to aggravate tensions in the province, where international mediators are trying to negotiate the release of eight Yugoslav army soldiers seized by ethnic Albanian separatist guerrillas last week. Mediators are also struggling to preserve a shaky truce negotiated last October. Several-hundred people have attended Maloku’s funeral. Among the mourners were armed members of the Kosovo Liberation Army – states the British intelligence service report, according to data that the UNS discovered.

Maloku was killed on the doorstep. International observers in Kosovo immediately commented that the killing will affect sensitive negotiations on the release of eight Yugoslav soldiers captured by the KLA at Bajgora.

The OSCE Chairman-in-Office, who at that time had about 700 international observers in Kosovo, Norway's Foreign Minister Mr. Knut Vollebaek, after talks with Yugoslav President Slobodan Milosevic, called for captured soldiers to be released.

- We have to see an immediate release of the hostages if we should avoid a major conflict - said Vollebaek in Belgrade.

Maloku was killed several hours after Milosevic gave the deadline for the release of members of the Yugoslav Army. The October agreement was on the verge of collapse. The abduction of soldiers and murder could also have a common background.

Freimut Duve, a media freedom representative of the OSCE, said that the death of Enver Maloku "tragically underlines the need for all conflicting sides in Kosovo to reiterate their commitment to the safety and security of all journalists working in the province.”

- I have often spoken about censorship by killing and this latest attack against freedom of expression proves that those determined to fight journalists with guns have not laid down their arms. In 1998, nine journalist who lived in countries that are members of the OSCE and one person who lived and worked in the Federal Republic of Yugoslavia, a suspended member of the OSCE, were killed. Enver Maloku is the first casualty of 1999.
My office will look at possible measures that could be taken to provide support to journalists in Kosovo. However, only the authorities on the ground can fully guarantee their safety and security and I urge them to do so immediately - Duve said.

From then, until 2005, another 12 journalists were killed and kidnapped in Kosovo.

The UNS sources state that UNMIK, who was trying to conduct an investigation into the murder of Enver Maloku, eventually received only some minor documents from the KFOR intelligence service, but that were not useful for the reconstruction of the event and the identification of alleged perpetrators.

- However, based on this "small" document, it has been discovered that "American circles" have created a kind of protective ring around this case. At that time, “rumors” circulated that someone said that the most likely rebel faction, which was covered and sponsored by the United States, ordered the assassination of Enver Maloku. In this case, as in the case of the killing of Sadik Musaj in Peja, these circles "covered" the Ramush Haradinaj faction that worked for them (against Russia) during the conflict - said to the UNS a high-ranking international source in Kosovo.

Sadik Musaj was killed on February 2, 2005 in the center of Pejë / Peć. He was witness in the trial of five former KLA members, convicted of kidnapping, torturing and killing four FARK members (the Armed Forces of the Republic of Kosovo founded by Bujar Bukoshi) in June 1999.

Members of the Dukagjini group: Ramush Ahmetaj, Idriz Balaj, Ahmet Eljsani, Bekim Zekaj and Daut Haradinaj, brother Ramush Hardin, were sentenced to three to 15 years in prison for these crimes. The process was followed by a series of witness killings, including two police officers who investigated these crimes.

After UNMIK's failed investigation, the murder of Enver Maloku ended up in EULEX, but the investigation was closed, on 6 May 2017 because, as explained at the time, "there was no basis for the investigation". Nevertheless, at the beginning of this year, the Kosovo Special Prosecutor opened the case again.

Enver Maloku studied literature at the Faculty of Philosophy, University of Prishtina. Since 1979, he has worked for RTV Pristina in the editorial office of the cultural program. He was in custody at the beginning of the 90's. He became the leading political journalist, and since 1993 he run the KIC, which functioned as a national agency.

In his honor, and on the insistence of Ibrahim Rugova, on July 12, 2005, a monument to Maloku was discovered in Pristina, and one street was named after him.

The newspaper "Bota Sot" announced that Maloku’s "extraordinary work was the main motive for the assassination, in order to break the political power of President Rugova."

The murder caused great indignation, especially among the journalists who publicly protested. But even the protest of the profession did not lead to the discovery of the truth and reveal who the killers are and the assignments.